For hotels in the upper-tier chain scale categories, government travelers have historically been viewed as guests of last resort.

While government business is abundant, the per diem room rates set by federal, state, and local agencies are generally viewed as low. In addition, ancillary expenditures for food, beverage, retail, and recreation are restricted by government limits that are typically less than the average business traveler's budget. 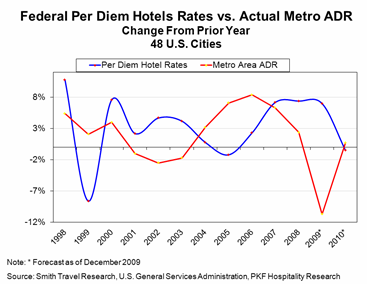 As of December 2009, PKF Hospitality Research (PKF-HR) is forecasting that the average daily room rate (ADR) for U.S. hotels will decline 8.8 percent in 2009, and fall another 1.5 percent in 2010. Concurrently, hotel occupancy rates are forecast to be 55.0 percent in 2009 and 55.2 percent in 2010, the two lowest levels of occupancy observed since Smith Travel Research (STR) began reporting data in 1988.

Given the dire market conditions, hotels in the upscale, upper-upscale, and luxury chain-scales that have historically shunned government travelers have taken a second look at this demand segment. Due to this expanded interest in government demand, we have analyzed the historical and future movements in federal per diem lodging rates, and compared them to the actual and forecast ADRs achieved by U.S. hotels. The analysis was performed for a sample of 48 of the nation's largest hotel markets for which PKF-HR produces Hotel Horizons® forecast reports.

It is important to explain federal per diem lodging rates in order to provide some context to the comparisons we made to actual hotel ADRs. The following factors have an influence of why per diem rates may, or may not, vary from the average daily room rate for a market.

Per the U.S. General Services Administration (GSA), the goal of setting lodging per diems is to match the average rates charged by mid-range hotels in a market. STR data are used as a guide to set the per diem standards.

The GSA sets rates for fiscal years beginning October 1 and September 30. This is not an exact match to the calendar year changes in ADR.

When the GSA sets lodging rates for the fiscal year, they are based on STR data from the most current calendar year. For example, change in federal per diems for fiscal year 2007 were based on changes in ADR for calendar year 2005.

In seasonal markets, multiple per diem rates are set for different times of the year. For our analysis, a non-weighted annual average was calculated to determine the annual per diem rate for these markets. Annual ADRs, on the other hand, are weighted by occupied room count.

The average daily rates for our analysis are for the metropolitan area hotel market. This may differ from the geographic definitions set by the GSA.

The aggregate average per diems and ADRs for the entire 48 market sample were calculated on a non-weighted basis. 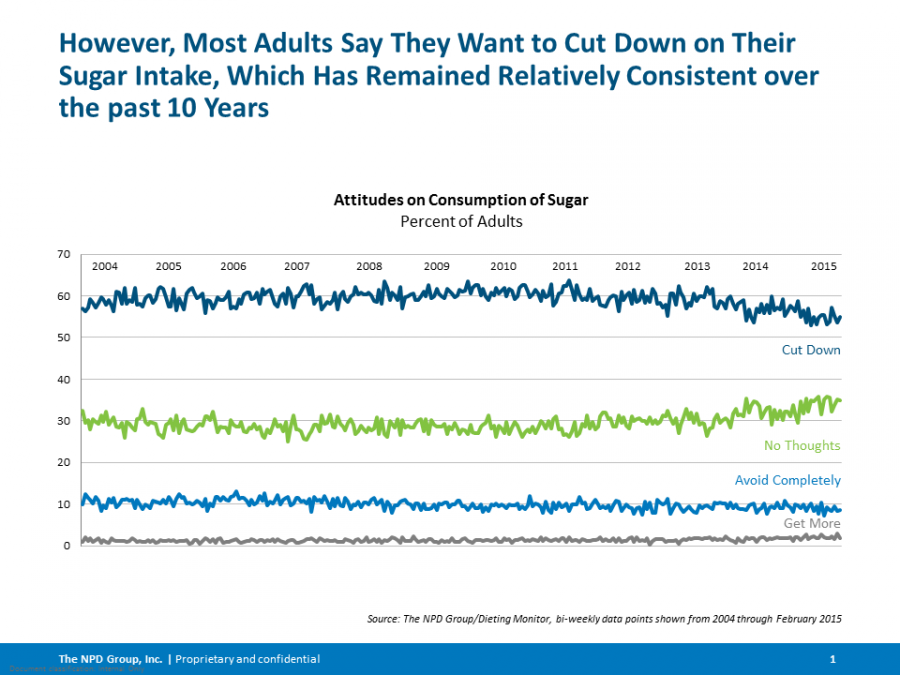 From 1997 through 2008, the average per diem rate for our sample of 48 cities was $101.24. This is 6.6 percent greater than the nominal ADR of $95.00 for the 12 year period. Part of the difference can be explained by the dissimilar methods used to calculate annual averages in the seasonal markets. However, the higher per diems can also be attributed to the fact that in several cities, government travelers are directed to stay at a select group of relatively expensive properties located closer to the central business district, as opposed to the more moderate-priced suburban hotels.

Not only have per diem rates, on average, been greater than the actual ADRs historically achieved by hotels, but they have grown at a slightly greater pace. From 1997 to 2008, the federal per diem lodging rates in the 48 cities studied grew at a compound annual average (CAGR) of 3.2 percent. This is greater than the 3.0 percent growth observed for ADRs during the same time period. The majority of the excess growth in lodging per diems occurred during the years 2000 through 2003, and 2008. These were recessionary years for the hotel industry when metro area room rates were either on the decline, or growth was severally limited.

Overall, the federal lodging per diem for a city exceeds the actual annual ADR for that market approximately 66 percent of the time. Except for the years 1999 and 2006, the majority of cites in our sample had lodging per diems that were greater than the market's annual ADR. The number of cities with above average lodging per diems was greatest during the 2003 and 2004 post-recessionary years of recovery.

Like most lodging industry analysts, the GSA could not predict the extent to which hotel room rates would fall in 2009. Using the 6.3 percent increase in ADR during calendar year 2007 as guidance, the GSA set a 7.0 percent average rise in lodging per diems for the 48 city sample in 2009. As we know now, this will be approximately 16 percentage points greater than the 9.0 percent decline in ADR forecast for these cities in 2009.

As a result of the dramatic discounting, rate compression has made luxury and upper-upscale hotels competitive with moderate-priced properties for government travelers. Despite the reduced room rate, government demand in the current market conditions represents a relatively predictable base of business for upper-tier properties.

Looking towards 2010, the GSA has recognized the discounting that is occurring in the hotel industry. On average, the lodging per diems for the 48 market sample are set to decline 0.5 percent. This is just under the December 2009 Hotel Horizons® aggregate forecast for these same cities. Despite the decline in the prescribed per diems, the actual average lodging per diem for 2010 ($130.13) is still 14 percent greater than the forecast ADR ($113.97) for the 48 city sample due to the great disparity observed in 2009.

While it is easy for hotels to avoid government business because of the perceived low room rates, long-term history shows that it can be a steady source of demand with rates that grow in excess of ADRs. And, during times of distress, the government can actually be a source of premium-priced room nights.

Robert Mandelbaum is Director of Research Information Services for PKF Hospitality Research (www.pkfc.com). Reed Woodworth is Vice President in the Boston office of PKF Consulting. He supervises the firm's government consulting practice. (www.pkfc.com). This article was published in the November 2009 edition of Lodging.