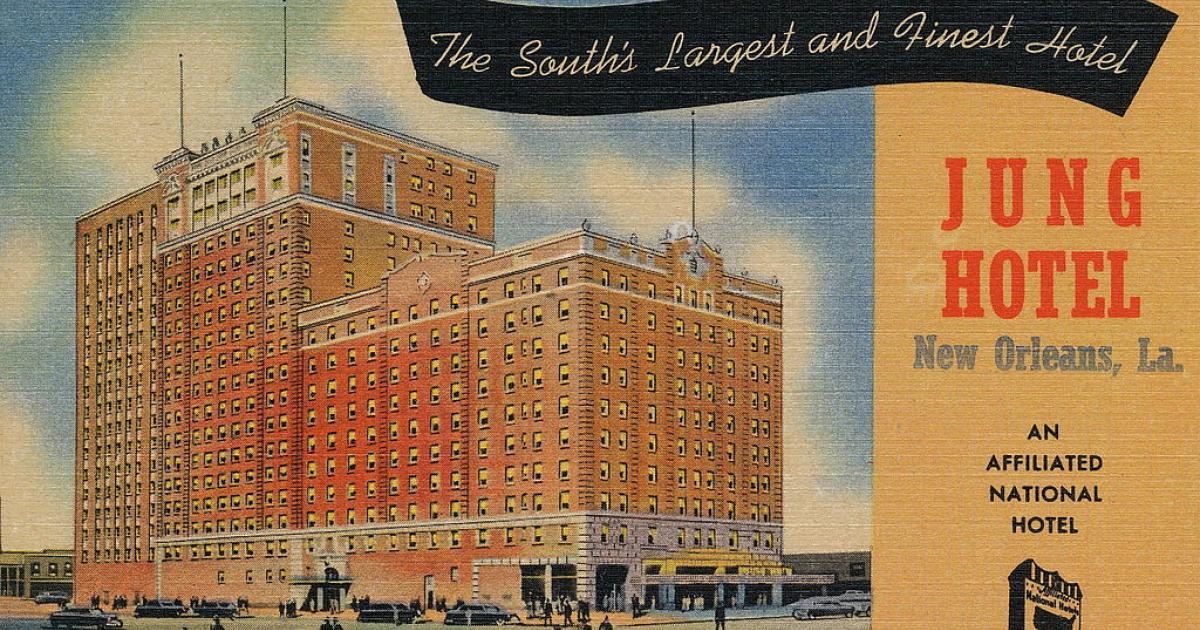 First opened in 1908, then expanded in 1925 and again in the 1960s, the Jung Hotel was designed by the prominent architectural firm of Weiss, Dreyfous & Seiferth. It had once been known as the largest convention hotel in the South. It was called the Jung for more than 75 years and, later it was known as the Clarion, Radisson, Braniff Place, Grand and Park Plaza.

The Jung family (Peter Jung, Sr., Peter Jung, Jr. and A. L., Jung) built the original hotel to the designs of the same architectural firm which built many public buildings during Governor Huey P. Long’s tenure. In the late 1920s, they designed three major hotels: the Jung Hotel and the Pontchartrain Hotel, both in New Orleans and the Eola Hotel in Natchez, Mississippi.

Developer Joe Jaeger is converting the Jung into a mixed-use complex including residential apartments, extended stay rooms and commercial space. The hotel has sat vacant since Hurricane Katrina.

The photo above is by Albert Advertising Agency, Galveston, Texas. [Public domain], via Wikimedia Commons