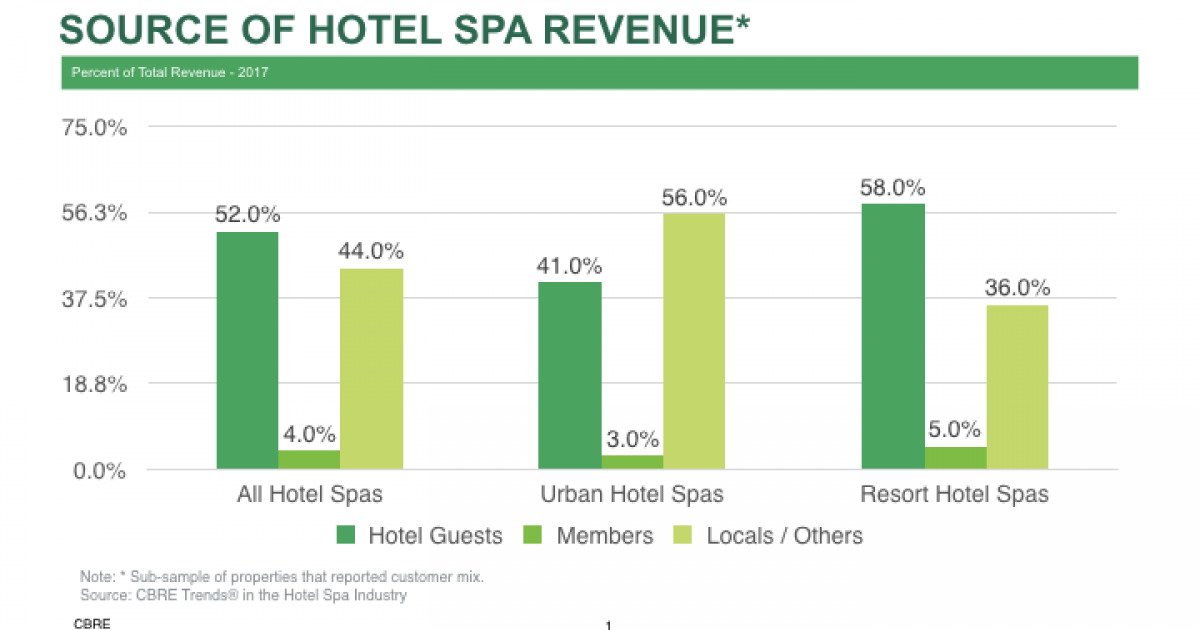 According to the December 2018 edition of CBRE’s Hotel Horizons, the annual growth in RevPAR for U.S. hotels is forecast to decelerate from 2.8 percent in 2018 to 0.1 percent in 2021.  As the main source of hotel revenue is plateauing, hoteliers are looking up and down their operating statements to find alternative sources of income.  For hotels that operate a spa, this department has stood out as a bright spot not only for growth in revenue, but gains in profits as well.

The slowdown in revenue growth will be particularly acute in the nation’s major markets.  Since 2010, the majority of new hotel rooms entered into the larger urban cities making market conditions very competitive.  Therefore, urban hotels are increasingly relying on their spa operations not only to boost revenue, but to help define the identity and character of the property within the greater marketplace.  At first, spas were added to urban corporate and convention hotels to remain competitive with resorts for group demand.  Now, operating a hotel spa on premise promotes an environment of wellness throughout the hotel that is desired by all types of travelers looking to maintain their healthy routines while away from home. 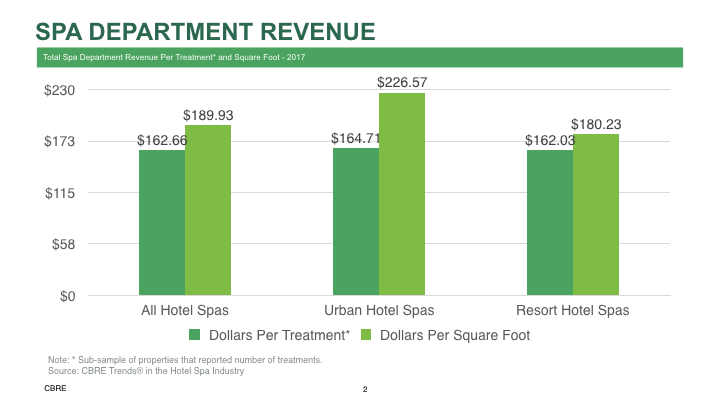 Since 2007, CBRE has published the annual Trends in the Hotel Spa Industry report.  For the 2018 edition, 192 hotels across the U.S. provided detailed revenue and expense data for their spa operation.  Of the total sample, 60 spas were in transient hotels located within the nation’s major markets.  For this analysis, we refer to these properties as “urban hotels”, versus the remainder of the sample which consists of traditional resorts located in rural or remote destinations.

The following paragraphs highlight the performance of urban hotel spas during 2017. 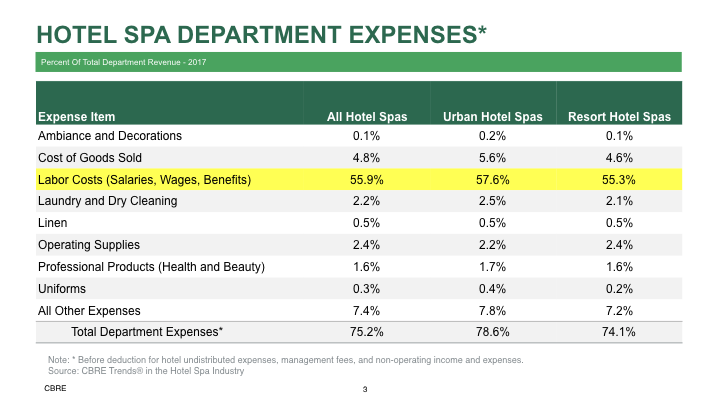 One reason urban hotel spas can generate significant levels of revenue is their ability to capture customers from the local market, not just hotel guests.  In 2017, local residents and members accounted for 59 percent of spa department revenue at urban hotels.  This compares to 41 percent at resort hotels.  In addition to paying for spa services, local patrons are a source for other ancillary revenue, such as the spa’s retail shop and the hotel’s restaurants.  Local membership programs, while providing a steady income stream, serve as an important marketing tool and help increase awareness of a hotel within the local community. 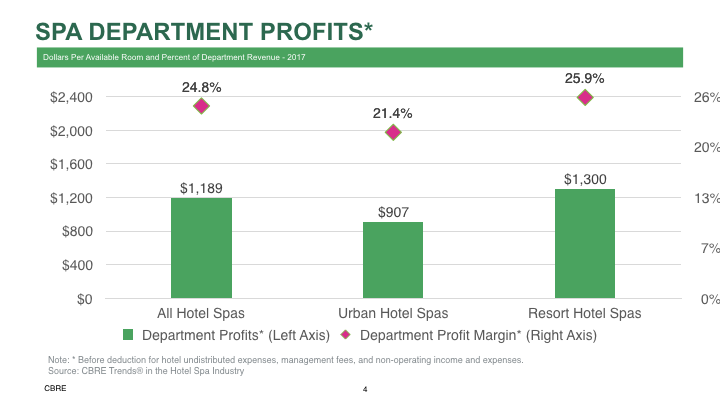 Discretionary incomes are increasing, as is the desire for self-care and wellness.  This is true not just for hotel guests, but for local residents as well.  As access to wellness services becomes more commonplace in residential communities and in the workplace, guests will increasingly expect hotels to offer these same services.  Hotel guests will even make travel-based decisions based on such offerings.  Therefore, hotels that capitalize on their spa and wellness services have the opportunity to increase revenues and profits.  In turn, this will increase the value of the hotel for owners and operators.

This article is written by Mark VanStekelenburg, Managing Director, and Jenna Finkelstein, Senior Consultant, work in the Hotels Advisory department of the CBRE office in New York City. It appears in the syndicated column by Robert Mandelbaum.