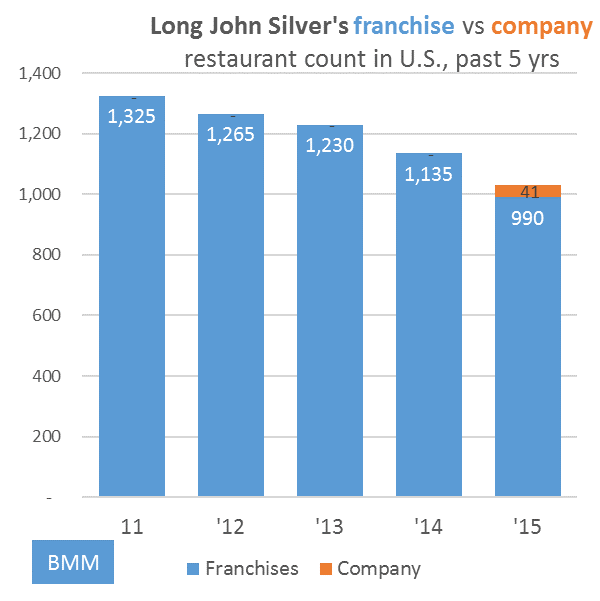 There are at least two major warning signs for investors of a Long John Silver's franchise.

Its competitor provides historical store-level earnings to buyers. For example, Captain D's Seafood Kitchen has it.. Captain D's hasn't really been able to grow its system, but at least it is not imploding. It does not provide franchised store EBITDA, but it does disclose company-owned store average gross sales. In its 2015 Franchise Disclosure Document, Captain D's says the middle third of its company-owned stores has an average gross sales of $975,518.

We can't even reasonably guess at what an average Long John Silver's franchise is earning. Nor should we have to.