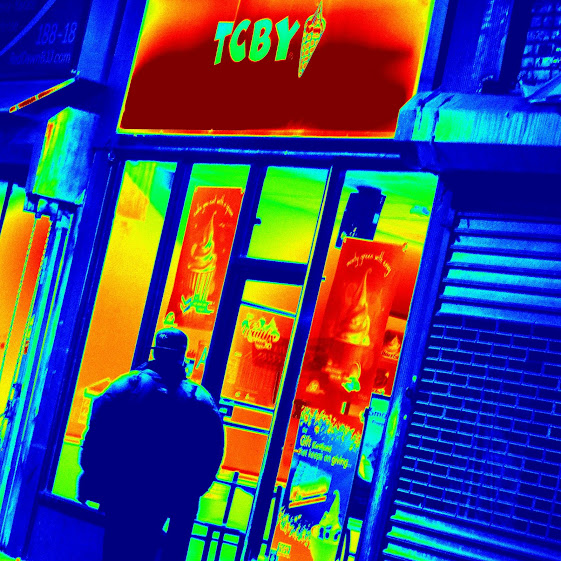 A pedestrian walks past a TCBY in New York City at night. photo/ps

After the departure of private-equity Famous Brands International CEO Tim Casey to Qdoba Mexican Grill in the beginning of this year, Neal Courtney has been at the helm.

He was COO before that.

On how the experimental prototypes are doing in showing a way forward for the brands:

The coffee kiosks have not been doing as well as expected, with three open in California. There are learnings and we’re doing some things to improve capture rate and drive up ticket. We’re still trying to figure out where we fit in the whole coffee arena. Our coffee is great, but it’s tough to compete with Starbucks, Dunkin’ and Caribou.

The chocolate bar concept also has been disappointing. We’ve only opened in our prototype store downstairs in our headquarters building, and that’s doing much less than anticipated. It’s a new platform for the consumer and very unique. That’s not to say it won’t work, but we need to figure out how to position it, and get it out to the franchise community as well to see how it will work.

Our core equity with Mrs. Fields is cookies and chocolate. Our focus in 2014 is finding a great licensing partner to co-brand

On how sales are doing for TCBY and Mrs. Fields' franchisees:

At TCBY, same-store sales are down, but that’s consistent with the industry. There’s been so much growth in the frozen yogurt space. The size of the pie isn’t getting bigger so we’re stealing share from one another.

Mrs. Fields’ sales are expected to be flat for the year, and that’s relatively unchanged from the prior year. Unit growth has been slow. The mall environment is very difficult, and until we can improve the economic model and get our sales up, it’ll be 2014 before we start seeing momentum on the Mrs. Fields side. I’m confident that by getting back to basics, focusing on the product, the experience and creating memories, as well as having a great kid’s program and a killer cookie-cake program, that will help turn the tide.