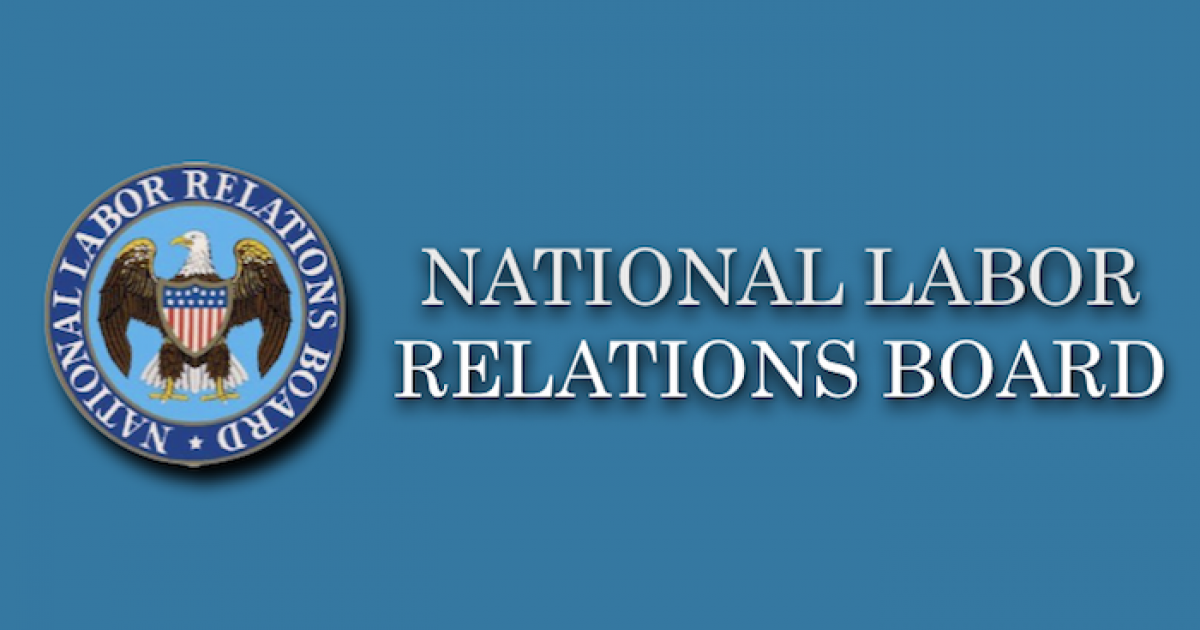 A 60-day public comment period on a proposed NLRB rule affecting whether or not franchisors and franchisees have a joint employer relationship begins today. The five-member National Labor Relations Board, with the majority appointed by President Trump, has started the ball rolling on taking the joint employer liability relationship between companies and their contractors back to an earlier standard which was more franchisor friendly.

The relationship changed during the Obama presidency with the Browning-Ferris decision. Franchisors have been fighting it vigorously ever since, along with many franchisees who felt that the ruling was bad for them also.

But franchisee attorney Robert Zarco argued at a DDIFO (the independent association for Dunkin' Donuts franchisees) National Conference in Las Vegas a few weeks after the August 2015 decision that the joint employer ruling, far from a catastrophe for franchisees, may have been the "greatest benefit you guys ever had."

In a 2015 decision involving California sanitation company Browning-Ferris Industries Inc, the NLRB had said a company could be a joint employer when it has indirect influence over the working conditions of a contractor’s employees. Joint employers can be held liable for labor law violations and be required to bargain with unions representing contract workers.

In that case, the board said Browning-Ferris was the joint employer of workers at a recycling plant who had been provided by a staffing agency and were seeking to join a union.

Overturning the Browning-Ferris standard has been a top priority of business groups including the U.S. Chamber of Commerce, the nation’s largest business lobby, which say the Obama-era ruling could upend supply chains and the franchise model. —Daniel Wiessner

According to the NLRB yesterday:

The National Labor Relations Board will publish a Notice of Proposed Rulemaking tomorrow in the Federal Register regarding its joint-employer standard. Under the proposed rule, an employer may be found to be a joint-employer of another employer’s employees only if it possesses and exercises substantial, direct and immediate control over the essential terms and conditions of employment and has done so in a manner that is not limited and routine. Indirect influence and contractual reservations of authority would no longer be sufficient to establish a joint-employer relationship.

...In announcing the proposed rule, Board Chairman John F. Ring stated, “I look forward to receiving the public’s comments and to working with my colleagues to promulgate a final rule that clarifies the joint-employer standard in a way that promotes meaningful collective bargaining and advances the purposes of the Act.”

...Public comments are invited on all aspects of the proposed rule and should be submitted within 60 days of the Notice’s publication in the Federal Register, either electronically to www.regulations.gov, or by mail or hand-delivery to Roxanne Rothschild, Deputy Executive Secretary, National Labor Relations Board, 1015 Half Street S.E., Washington, D.C. 20570-0001.

The National Labor Relations Board is an independent federal agency vested with the power to safeguard employees’ rights to organize and to determine whether to have unions as their bargaining representative. The agency also acts to prevent and remedy unfair labor practices committed by private-sector employers and unions.

Any person wishing to comment on any ongoing rulemaking by the National Labor Relations Board must do so in accordance with the applicable Notice of Proposed Rulemaking. Communications submitted in any other manner, including comments on this website, will not be considered by the Board. —NLRB