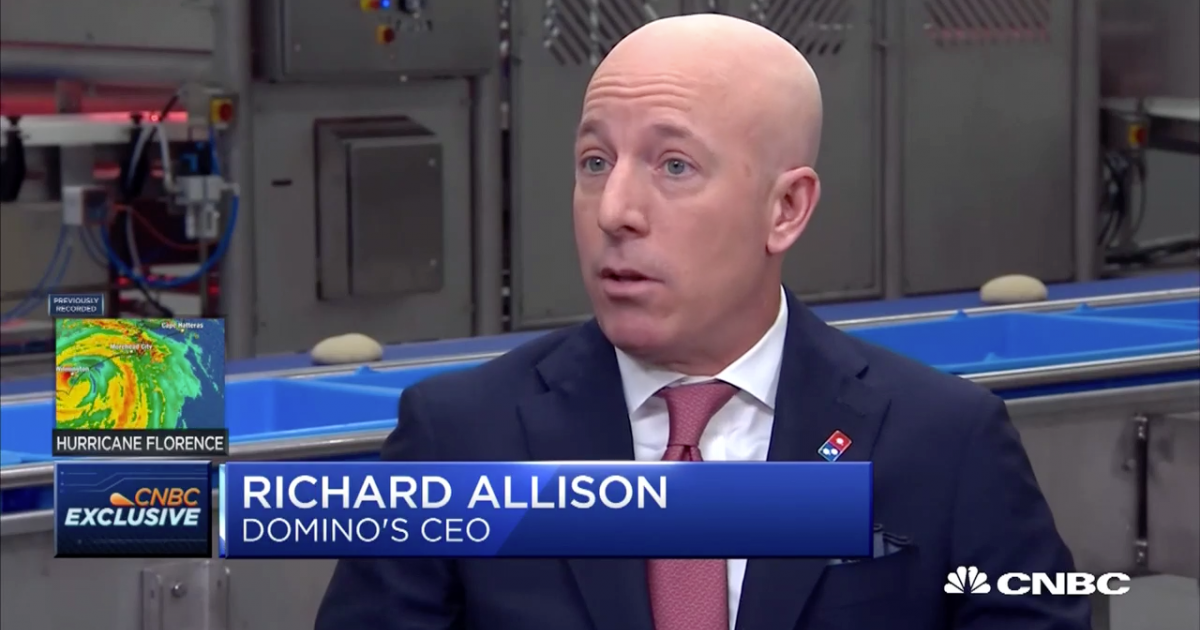 Richard Allison has been with Domino's for seven years and just stepped up to the CEO position in July. He talks here in this four-minute video, shot at Domino's newest supply chain facility, about Domino's, Hurricane Florence, tariffs, competitor Papa John's and its founder and former CEO John Schnatter, as well as the NFL.

Interviewer Kate Rogers finishes by asking Allison for his advice for Papa John's new CEO Steve Ritchie. Ritchie's warm relationship with previous Papa John's CEO Schnatter, who wants back into the company, has turned bad. The company itself is also not faring well.