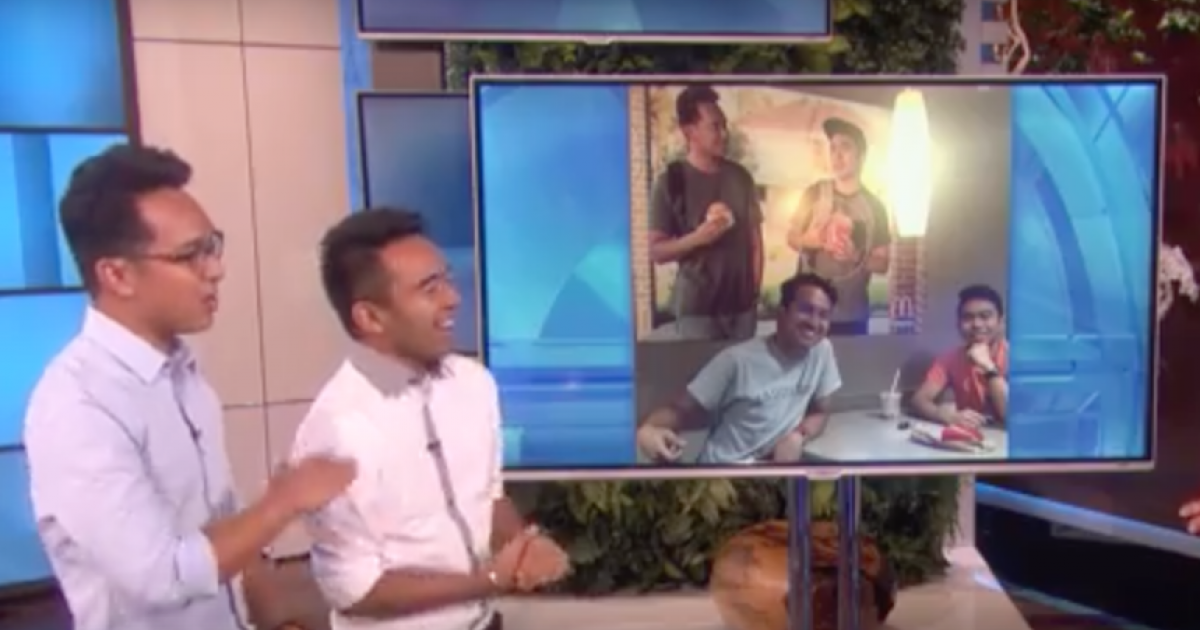 Friends Jehv Maravilla and Christian Toledo, frequent customers at a Pearland, Texas, McDonald's, took special notice of a wall without a poster there one day. They came up with an idea for filling in the empty space with something that would blend in with the decor, yet show some diversity: a poster featuring the two of them. They shot a photo of themselves in McDonald's uniforms purchased from a thrift shop, blew it up to a huge poster, and as surreptitiously as they could put the poster up on the formerly blank wall. McDonald's eventually found out, but it took a while. The men themselves spilled the beans, some time after the poster had gone up, via a Tweet that went viral.

To Jehv and Christian's relief, the franchisor took it in good spirits. Further, the company thought the men would be just the thing for a new ad campaign and paid each of them $25,000 up front for their services, surprising them the news on DeGeneres' show.