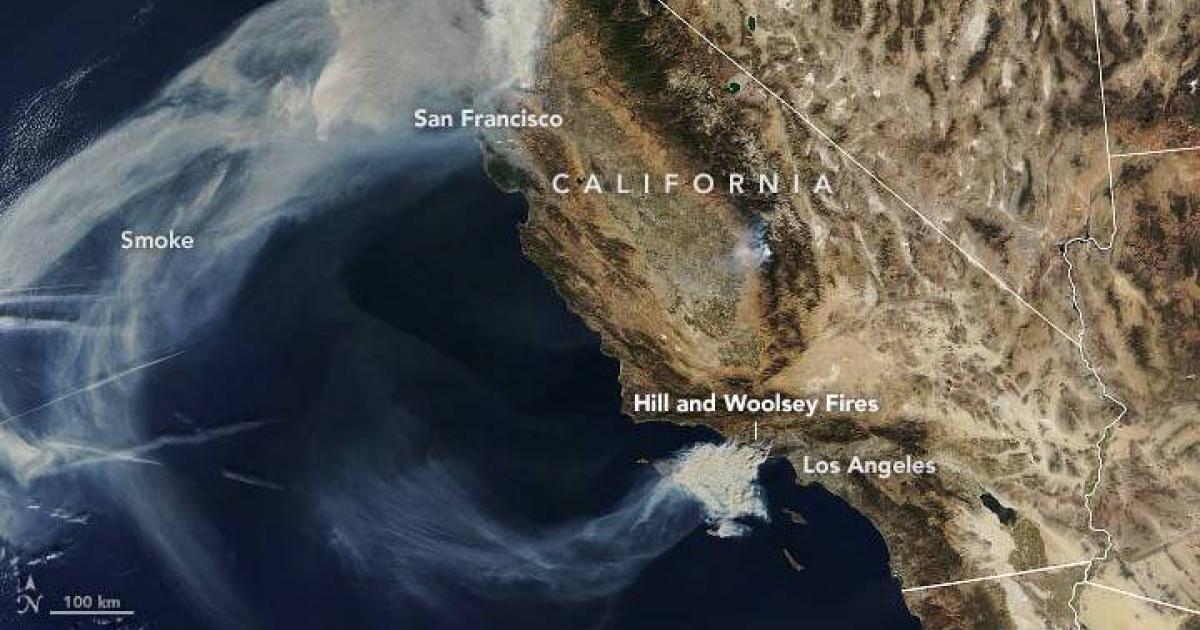 Danny Copus, owner of the Montecito Inn in Santa Barbara, California, unexpectedly found himself in grave danger from the Hill Fire, which was  burning on both sides of the freeway he was on, Highway 101.

He began recording the harrowing scene on his phone. He and the drivers around him escaped with their lives by reversing course and driving in the wrong direction down the highway.

It had been an eventful year for Copus. His Montecito Inn suffered severe damage earlier in the year from an explosive mudslide.

The Inn is now back in business and some evacuees from the fires are staying as guests there. Copus sees it as part of his role as owner to try to provide some comfort to them.

Santa Barbara hotel owner Danny Copus is recapping the harrowing drive he was on last week when the Hill fire broke out and over took the freeway in Camarillo when it was loaded with afternoon traffic.

He was in his vehicle heading into Los Angeles when he saw the massively increasing smoke.

...On the video he says, "Oh my God this is unbelievable. Wow - I have never seen anything like this!" —John Palminteri, KEYT