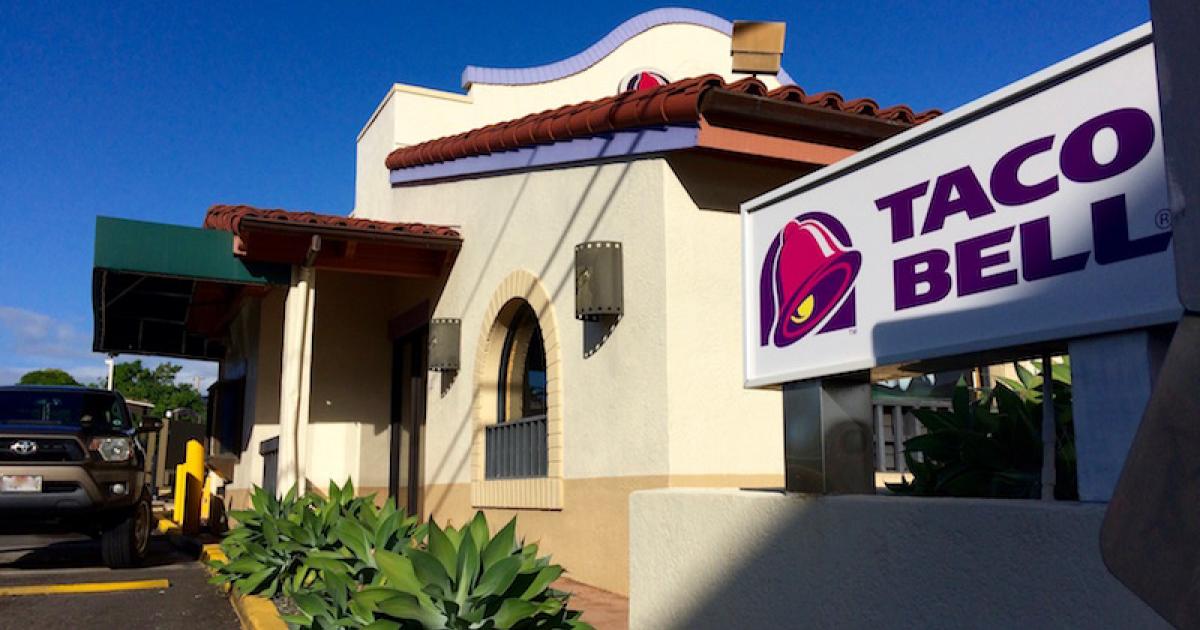 Brandon Washburn, 25, who is deaf and apparently also doesn’t speak, understandably bypassed the order intercom at a Taco Bell in Kettering, Ohio. He instead went directly to the pick-up window to place his order by showing it as text on his cell phone.

To keep the line of cars flowing smoothly and with minimum wait time for customers, the pick-up window is meant for pick-ups only, not orders. Although Washburn had placed orders before at the pick-up window at that particular Taco Bell, reports the Atlanta Journal Constitution (AJC), this time the crew member at the window said it was against company policy to take his order there. From what can be seen in the video, he instructed Washburn to move on.

Washburn refused to leave the window, holding up any customers behind him, who would have no clue as to what the time-stealing problem was. A critical essential for a fast food restaurant, such as Taco Bell, is fast service.

Washburn’s girlfriend, also deaf, captured the episode on her cell phone. It was uploaded to Facebook and soon had over a million views. Washburn’s indignant mother gave an interview.

Washburn would likely have a frustrating experience going the alternate route—placing his orders in quick service restaurants at the counter—since he wouldn’t be able to hear the call out when it was ready.

For Taco Bell, what to do after all the bad publicity about the seemingly callous treatment of someone with a handicap? The company announced that the offending crew member had been sacked and that everyone at the location was being retrained.

A follow-up by the AJC found that a new sign had been posted at the drive-thru encouraging people with handicaps such as Washburn’s to go right to the pick-up window to place their order.

Michael Brown, the Taco Bell employee at the window who refused to take the order there, and who turns out to have been the night manager, tells his side of the story.