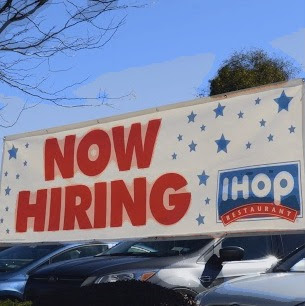 ROSELAND, N.J.—Part time and full time franchise jobs in the United States increased by 12,300 during the month of July 2013.

"During the month of July, the pace of U.S. franchise job growth slowed from the previous month, as 12,300 franchise jobs were added, driven by gains among restaurants, business services, auto parts and dealers, and food retailers," said Ahu Yildirmaz, senior director of the ADP Research Institute. "While restaurants have added the most jobs among franchises this year, July's gain is well below the average over the past six months."

The ADP National Franchise Report measures monthly changes in franchise employment derived from ADP's actual transactional payroll data. The report is produced by ADP, a provider of human capital management solutions, in collaboration with Moody's Analytics, Inc. and is published by the ADP Research Institute.

Those in the restaurant industry point out quick service restaurants have a bump in June of seasonal hiring and that restaurants make up the lion's share of business-format franchises in ADP's report. However, ADP's director of marketing analytics Howard Edelberg interjects: "The data series is seasonally adjusted." He points out that the correction should smooth out the impact of seasonal summer employment blips of fast food establishments.

ADP's Edelberg states this is only the researcher's third National Franchise Report. "We are gaining a better understanding of the employment dynamics within the franchise industry at large, with insights about specific industries as well," adds Edelberg. "Changes can appear disproportionately large given that restaurants account for approximately half of all franchise employment."

According to the International Franchise Association and its just released Franchise Business Index on Wednesday, franchise establishments hit a post-recession high since November 2007 when it comes to confidence. July's index hit 110.2 (Jan 2000=100), an increase of 0.3 percent since last month.

"Franchise businesses continue to create jobs and demonstrate that the franchise business model remains the best and most proven vehicle to quickly grow and scale a small business," said CEO Steve Caldeira of the International Franchise Association, a D.C.-based trade group whose paid members are largely franchisors.

"There are still challenges for franchise owners in their desire to expand their businesses," observes Keith Miller, chairman of D.C.-based Coalition of Franchisee Associations. The Coalition has 19 independent franchisee association members from some of the country's largest chains, which collectively have over 30,000 registered franchise owner members who own some 80,000 franchised establishments. Miller points out that franchise owners still feel a sense of volatility when it comes to business planning and hiring. "There is the uncertainty for franchise owners of how the Affordable Care Act will impact them and the temporary IRS 179 tax deduction expense write offs that have disappeared."