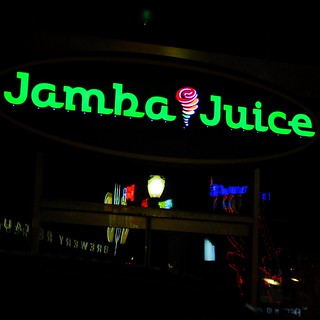 Traffic in its 268 company stores pulled down comparable company store sales by a negative 1.9 percent for 2013, according to the company. Domestically, the juice chain increased its system with a net number of 29 stores. It had 52 new franchise-operated stores opened in the U.S. during the year.

The silver lining for Jamba was its company comparable store sales increased 0.5% for the year compared to the prior year. It also managed to have a $2.1 million net income.

"We're also pleased with our results for 2013, which was the third consecutive year that we've reported an increase in company-owned comparable store sales and our second consecutive year of profitability," said James D. White, chairman, president and CEO. Jamba's CEO then focused his remarks on the future. "2014 is shaping up to be a very busy year with our launch of our Premium Juice and Whole Food Blending platforms across the country to more than 500 stores, the continued expansion of our JambaGO platform and domestic and international locations as well as pursuing an enterprise-wide cost savings initiative that we expect will result in a 100 - 200 basis point improvement in operating margins."

Franchisees were not mentioned much during its earnings call conference on Thursday as corporate officers spoke with stock analysts, with the exception that franchise owners were obligated to spend money and develop more stores under the brand. "Under our California development plan, franchisees have the obligation to develop up to 70 additional stores in their territories, "assured Jamba's chief financial officer Karen Luey to analysts. She added, "We continue to grow and shift our business model to an asset-light franchise model," continued Ms. Luey. An asset-light franchise model is when companies tend to get out of the restaurant operating business and instead become a franchise management company in which restaurants are almost all owned by franchisees.

John Gordon, restaurant unit economist for Pacific Management Consulting Group, says, "It is an ominous sign that same store sales are down for franchisees because their margins are less than company owned stores and not in the most desirable locations." He also is concerned about Jamba proceeding further into the asset-light franchise model before it has developed the brand strength beyond its California base and the franchise management structures that an asset-lite model calls for. "Asset light is a Wall Street theme," he says. "Asset Light sounds good to the short term investor but the proof is sustainable and profitable franchisee growth over time."