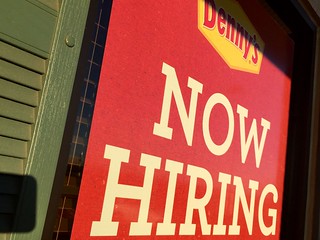 ROSELAND, N.J. – Along with the rest of the economy, U.S. private-sector franchise jobs continue to grow. Franchise jobs increased by 29,000 during the month of February.

Job hiring growth from franchises of 0.3 percent for February outgrew the monthly growth rate of 0.2 percent for small business jobs, according to payroll solutions provider ADP and its monthly national franchise report.

While restaurants grew at a more modest 0.2 percent, food and personal care retailers grew at the highest monthly growth rate over January. However, the giant sector of restaurant franchises hired the most -- 8,720 more jobs for the month. But that rise in jobs was down from the 15,560 rise per month over the last six months.

"Franchise job gains in February were up slightly from January and continued above the twelve-month average," said Ahu Yildirmaz, vice president and head of the ADP Research Institute. "Employment increased despite the fact that restaurant jobs were down by almost half from last month."

The general private sector employment, not just franchises, also continues to gain steam, adding 212,000 jobs in February. Mark Zandi, chief economist of Moody's Analytics, said, "Job growth is strong, but slowing from the torrid pace of recent months. Job gains remain broad-based, although the collapse in oil prices has begun to weigh on energy-related employment. At the current pace of growth, the economy will return to full employment by mid-2016."