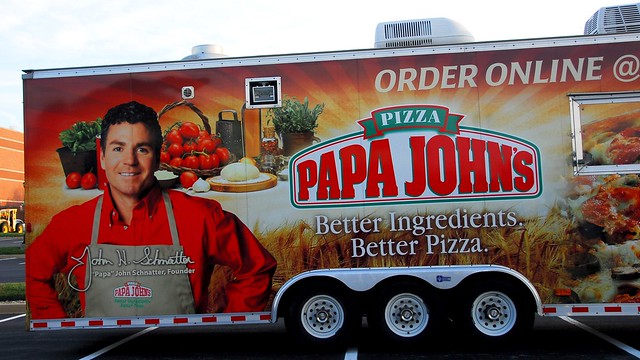 WABAN, Mass. – Customers rank Papa John's and Chick-fil-A as having delivered the best customer experience among quick service restaurant brands in 2015, according to this year's annual survey of 10,000 consumers in America.

Chick-fil-A took the top spot for the fourth year in a row, earning a rating of 82%, according to the 2015 Temkin Experience Ratings. That put it in fourth place out of 293 companies across twenty industries. Papa John's, a newcomer to the survey ratings, came in second with a score of 81% and an overall ranking of 8th. Four other fast food chains earned an "excellent" rating – Dairy Queen, Panera Bread, Subway, and Sonic Drive-In. McDonald's and Hardee's pulled in at the bottom of what consumers considered "good".

The only quick service restaurant chain not to receive at least a "good" score among those Temkin tracks was Jack in the Box, who received a rating of 67% and placed 128th overall.

"The fact that Chick-fil-A can stand out, year after year, for its customer experience amid such tough competition is really impressive," states Bruce Temkin, managing partner of Temkin Group.

Overall, quick service restaurants (fast food) averaged a 76% rating in the 2015 Temkin Experience Ratings and came in second place out of twenty industries. It was also one of the 14 industries whose ratings declined in the past year, with its average decreasing by 2.0 percentage-points.

I am surprised that Domino's is so much lower than Papa John's when it comes to customer rankings - 74% compared to 81% for Papa John's. In my mind, the Domino's e-commerce efforts are much better than just about anyone's. However, I recognize that still only a small fraction of consumers use online ordering.

As far as product, Domino's pizzas and food offerings are improving by leaps and bounds.

The rankings by 10,000 consumers hold a few surprises.