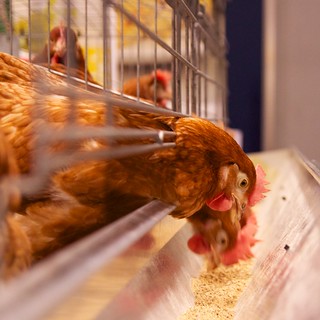 CHICAGO – Consumers in the United States are concerned about avian flu in food, reports a major foodservice researcher. Over 50 percent of American consumers say they have some level of concern about avian flu, since the USDA first reported more than 160 cases that involved three deadly strains of avian flu (bird flu) last December.

More than 8 percent of the 300 million-plus layer hen population across 16 states has been affected by avian flu. The hen population died or was destroyed as a result. This past April, the Avian flu was discovered in Iowa. Because of the spread of the disease to nearly 25 million, or 40 percent of Iowa' egg-laying hens, the governor declared a state of emergency. According to the United States Centers for Disease Control and Prevention (CDC), the risk from avian flu is generally low to most people. The viruses do not usually infect humans.

51 percent of U.S. consumers expressed some level of concern about avian flu and the health hazard it poses in the food they might eat in the next month, according to NPD's Food Safety Monitor. Nearly 17 percent say they are extremely or very concerned. Remaining consumers are somewhat or slightly concerned. Awareness and concern levels of food safety outbreaks can correspond with the amount of news coverage on a specific outbreak.

"When there were outbreaks in the past, we have seen concerns rise among consumers coinciding with the increased coverage," says Darren Seifer, NPD food and beverage industry analysts. "Food manufacturers and retailers can help allay unfounded fears about the outbreak by keeping consumers well-informed either specific to your products or overall."