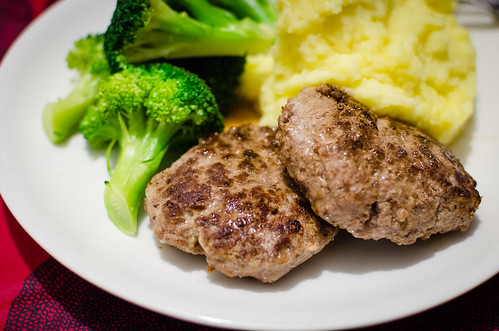 CHICAGO—Each New Year is ushered in with celebrations, toasts, and diet ads to encourage weight loss resolutions, but U.S. consumers today prefer living healthier lifestyles as opposed to restricting their habits with dieting. Consumers define their own diets by putting more focus on the authenticity and purity of the foods they eat, according to NPD's recently released Eating Patterns in America, an annual compilation of ongoing food and beverage consumption research.

Dieting among U.S. consumers has been declining over the last decade. In recent years about 22 percent of consumers say they are currently on a diet, and 32 percent say that they were never on a diet, and the remaining consumers have tried dieting for varying lengths of time. Consumers who are on a diet prefer their own diet and are getting creative in defining what aspects of diets work for them and their schedules. This also hints that consumers are more interested in lifestyles versus dieting.

Caloric intake is still a focus of consumers whether on a diet or not; however, over the past five years, the percent of adults looking for calories on food nutrition labels has steadily declined. They are less concerned about calories than they are about other items, like sugar, fat, and sodium. While adults may not be less concerned with calories than in the past, it is still the most popular focus of health-related phone apps.  About 55 percent of consumers using these phone apps track caloric intake, reports NPD.

Their lack of interest in traditional diets and calorie counting doesn't mean consumers are not interested in losing weight.  Most adults would still like to lose weight, according to NPD's Eating Patterns in America, but their approach to losing those extra pounds is to exercise and eat more healthfully.   Over half of Americans under the age of 65 say they are exercising strenuously at least once a week; however, exercise rates are highest among those under 45.

Health to consumers now is more about the purity of the foods they eat versus the absence of negatives, such as fats, or even the presence of positives. The bigger picture is that consumers are seeking items which have had minimal processing, and are focused on avoiding "unnatural" elements, like artificial sweeteners, high fructose corn syrup, preservatives, additives, and genetically-modified organisms (GMOs). They are also eating more fresh foods, foods that can be found on the perimeter of grocery stores.  NPD forecasts that consumer interest in natural, fresh foods will continue to increase over the next several years.

"This may not come as the best news for the dieting industry but consumers are looking for authenticity and simplicity as part of a healthy lifestyle, which, to them, has more 'staying power' than diets or fads," says Darren Seifer, NPD food and beverage industry analyst. "To ensure future growth, food marketers will need to make sure to promote the fresh or natural elements of products to reflect consumer need for authenticity."