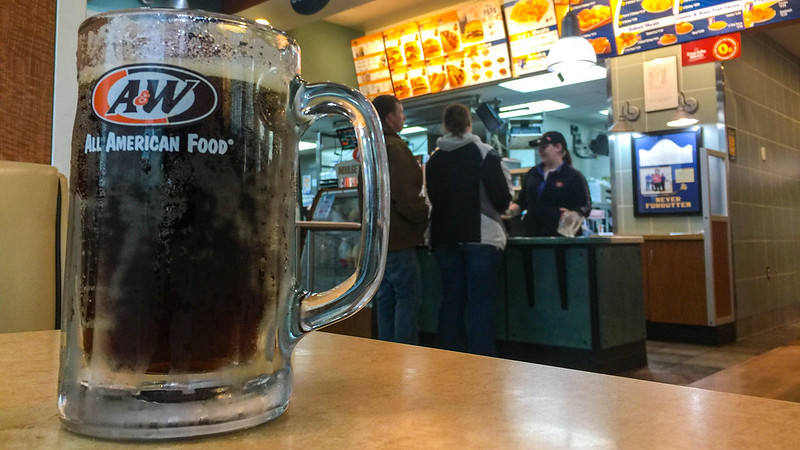 As America's oldest existing restaurant chain looks to 2017, franchisee-owned A&W Restaurants, Inc. says it is thriving. The franchisor says it will soon celebrate its five-year anniversary of franchisee ownership. Since leaving Yum Brands (NYSE:YUM), A&W says it has figured out how to turn the brand around. It has grown despite the restaurant sector experiencing sluggish sales.

A&W, America's oldest restaurant chain, was owned by YUM! for nine years. In late 2011, with sales suffering and the system losing units, a core group of franchisees established A Great American Brand, LLC to buy A&W. Kevin Bazner, A&W's president prior to the YUM! acquisition, returned as the brand's chief executive officer.

"A&W's future was very much in question," Bazner recalled. "If not for the franchise partners' investment, hard work and passion, A&W would not be where it is today."

What has the nearly hundred-year-old franchising brand accomplished with franchise owners at its helm? For one, its leaders had to learn to adapt. Since 2012, the franchising brand introduced 23 new products and the development of a versatile prototype and kitchen that could be adapted to the needs of its various franchisees, including gas and convenience stores.

A Great American Brand figured out how to raise system-wide sales. The chain's profits have grown every quarter since the split with Yum. And for franchise owners, their same-store-sales are up nearly 24 percent since 2012.

Those positive store fundamentals have helped the chain to expand. The franchise system of 1,100 quick service restaurants worldwide says that it has opened 41 new U.S. restaurants since the split up, with 20 new locations planned for 2017. Right now there are currently more than 625 A&Ws in America. Approximately 375 are co-branded with KFC or Long John Silver's. The remaining are stand-alone A&W units, including 87 gas and convenience store locations. A Great American Brand also operates 310 A&W restaurants in eight countries.

"We acquired a troubled brand with a franchise community that was very apathetic, having been neglected for many years," CEO Bazner said. "Our initial goal was to grow profitable sales, one restaurant at a time, and we've accomplished that." With the brand stabilized, A&W is turning to adding new locations, with a new franchise sales initiative launching in early 2017. It will include a focus on gas and convenience stores.

A&W is as iconic as an American franchising chain can be. Before there was a McDonald's, a KFC or a Howard Johnson's, Roy Allen in 1919 set up a roadside drink stand in Lodi, California, to introduce a new beverage at a parade honoring returning World War I veterans. An instant success, Allen and partner Frank Wright named the beverage A&W Root Beer and started franchising roadside stands.