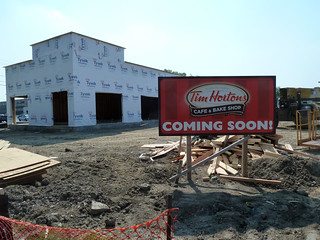 Tim Horton franchisees are once again preparing themselves for a court battle against their franchisor, all in the effort to maintain store profitability in Canada, and, now, also in the United States.

Restaurant Brands International threw a new obstacle in the franchisees' pathway this week, publicly accusing them of leaking confidential corporate information to a Canadian news journal.

Since Restaurant Brands International acquired Tim Hortons coffee and doughnut chain in 2014, franchisees have found themselves fighting against the direction the corporation is taking with its management team, prompting them to file a purported class action lawsuit. The Great White North Franchisee Association (GWNFA) stated Friday that their board members have been served with notices of default in relation to The Globe and Mail News article dated September 15, 2017.

Jon Domanko, head of legal in Tim Hortons' subsidiary TDL Group Corp., affirmed that all GWNFA board members had been served. The association website posted, "It is alleged that Board Members have directed, authorized and/or permitted the provision of confidential information to Don Schroeder [former CEO of Tim Hortons] who in turn communicated confidential information to The Globe and Mail. That is false and we know of no facts to support it."

A report in Owens Sounds Sun Times yesterday confirmed that. Domanko said he never received confidential data from the franchisee association, nor did he disclose any confidential information regarding Tim Hortons. In the article, correspondence from Schroeder is quoted in the Globe and Mail September 15 report about franchisees asking corporate for price increases to offset upcoming minimum wage price hikes in Ontario and Alberta.

GWNFA said that in its view, the sole purpose of the notices of default is to continue the pattern of conduct of TDL "to intimidate GWNFA and the efforts of the franchisees to associate in order to advance their interests consistent with their rights under the Arthur Wishart Act." It further states that in doing so, TDL is actively and in bad faith interfering with franchisees' right to associate and directly or indirectly penalizing or threatening franchisees who choose to associate.  "That pattern of conduct will no longer be tolerated and we are in the process of directing our counsel, Himelfarb Proszanski, to take appropriate legal action to restrain such conduct including a claim seeking damages."

The Globe and Mail News reported last June that there was discontent among Tim Hortons franchisees over Restaurant Brands International's efficiency drive to spread south of the Canadian border, and RBI felt the friction was posing a threat to the chain's plans for significant expansion in the United States. Franchisees also voiced their opinion that their franchisor was pushing some expenses to store owners and, in some cases, modifying products and operations to save money or boost corporate profit margins.

As a result, The Great White North Franchisee Association was formed last March, and has now set up a U.S. division to provide Tim Horton store owners there with a way to voice their concerns "about the increasing mismanagement" of the chain's operations.

Restaurant Brands International (QSR.TO) proclaims it is one of the world's largest quick service restaurant companies with more than $28 billion in system-wide sales and over 23,000 restaurants in more than 100 countries and U.S. territories. Restaurant Brands was formed in 2014 when 3G Capital-backed Burger King acquired Tim Hortons for $11 billion, with assistance from Berkshire Hathaway. Popeyes Louisiana Kitchen was acquired by RBI in March 2017.

Last June, Elias Diaz Sese stepped down as president of Tim Hortons. His responsibilities were taken over by Daniel Schwartz, chief executive officer of RBI, which also owns Burger King and Popeyes Louisiana Kitchen. A Globe and Mail News report stated, "RBI carries a significant debt load, with nearly $10-billion (U.S.) in long-term borrowings, and relies heavily on cash flow from Tim Hortons to service that debt. Last year, the chain accounted for 57 per cent of RBI's adjusted EBITDA, even though there are more than three times as many Burger King outlets. (EBITDA stands for earnings before interest, taxes, depreciation and amortization.)"

The same day Elias Diaz Sese resigned, a Toronto Tim Hortons franchisee, with the backing of the GWNFA, filed a $500 million (Canadian) lawsuit seeking class-action status on behalf of the chain's roughly 3,500 Canadian restaurant owners against RBI and its top executives, claiming they misused money from the franchisees' ad fund. The lawsuit states that as of December 14, 2014, the fund has collected nearly $700 million.

The Toronto Sun reported that each franchisee contributes 3.5 percent of their gross sales to the fund. The purported class action complaint states that when RBI acquired Tim Hortons, its TDL Group Corp. started to charge administrative and operational expenses, such as the costs of franchisee training, to the fund. The franchisee also alleges that TDL failed to provide statements of the fund's operations, which is required by franchise agreements.

RBI executives issued a statement saying they disagree strongly and deny all the allegations the franchisees have made about the Tim Hortons business operations and the brand.

While only having seen the press reports, restaurant analyst John Gordon, founder of Pacific Management Consulting Group, noted that this latest action from RBI was a very unfortunate diversion. "A judge will rule whether there was really any confidential proprietary brand information involved. It seems not. RBI needs a great culture and successful franchisees in all three brands to meet its investor promise to expand the brands across the world. 100% "asset light" franchisors can't go to war with their franchisees "

Keith Miller, chair of the Coalition of Franchisee Associations and multi-unit franchisee of Subway, said unfortunately, it's the norm during disputes for the franchisor to go after and target franchisee board members, and threaten their livelihoods. He explained, "It scares other franchisees from being engaged, leaving the board isolated while they are trying to protect those that are scared away. While I don't have firsthand knowledge in this case, I have served with many franchisees on many brands over the years, and all are keenly aware of not negatively impacting the brand they are part of. After all, they are heavily invested in that brand, they don't want to diminish their own investment."