The chief executive officer of chicken restaurant chain Bojangles’ Inc [NASDAQ:BOJA], Clifton Rutledge, stepped down March 5, a day before the company is expected to release its last quarterly report for 2017 after the market closes on March 6.

Former chief executive James “Randy” Kibler, who is a current member of the board of directors, has been appointed the firm’s interim president and CEO. Kibler had been president of Bojangles from 2011 to 2014 and its CEO from July 2013 to January 2014.

Outgoing CEO Rutledge, who became Bojangles’ CEO in the summer of 2014, stated that he thought it was best to step down and enjoy time with his family. 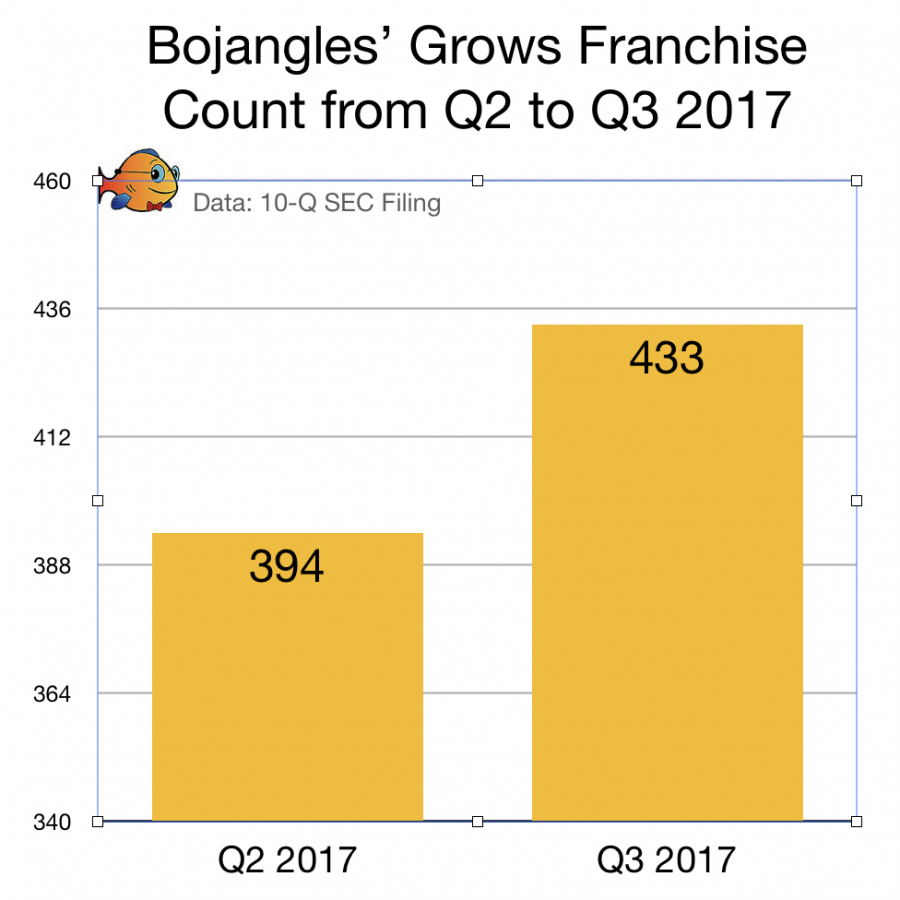 The chain of 316 company-operated and 433 franchised quick service restaurants that specializes in chicken, has seen share price drop since its initial public offering in 2015. Restaurants in its brand have experienced negative same-restaurant sales and falling traffic counts in the three reported quarters of 2017 despite the brand promoting value platters of chicken and fish combos at a $5 price point. In the chicken brand's third quarter of last year, its franchised restaurants had a drop of 1.5 percent in comparable restaurant sale. There has even been speculation on how it makes sense that private equity firm Roark Capital and its new Inspire Brands subsidiary might want to buy the newly public company of Bojangles’.

For Bojangles’ franchise owners, that would be a lot of change in just a few years with their franchisor. The perception of increased uncertainty of a franchisor and its brand by the franchise buying market tends to lower the resale value of a franchise.

William Kussell, non-executive chairman of Bojangles’ board, had the following statement about Kibler filling in as interim CEO: “The board is fully confident in his ability to lead the Bojangles’ team until we can complete the process of identifying a suitable replacement. Randy possesses extensive management experience in the casual dining and quick-service restaurant sectors, franchisee expertise, and a deep understanding of operations. Additionally, his familiarity and leadership as our previous president and CEO is ideal for ensuring a smooth and orderly transition during this interim period.”

<p>Bojangles&#39; franchise owners may want to speak with Dine Brands Global ex-CEO Julia Stewart, Popeyes&#39; ex-CEO&nbsp;Cheryl Batchelder, or&nbsp;Buffalo Wild Wings&#39; ex-CEO Sally Smith. Franchisees could give a vote of confidence to the board that one of these&nbsp;is their top pick to lead the brand. Any one would provide strong leadership.</p>