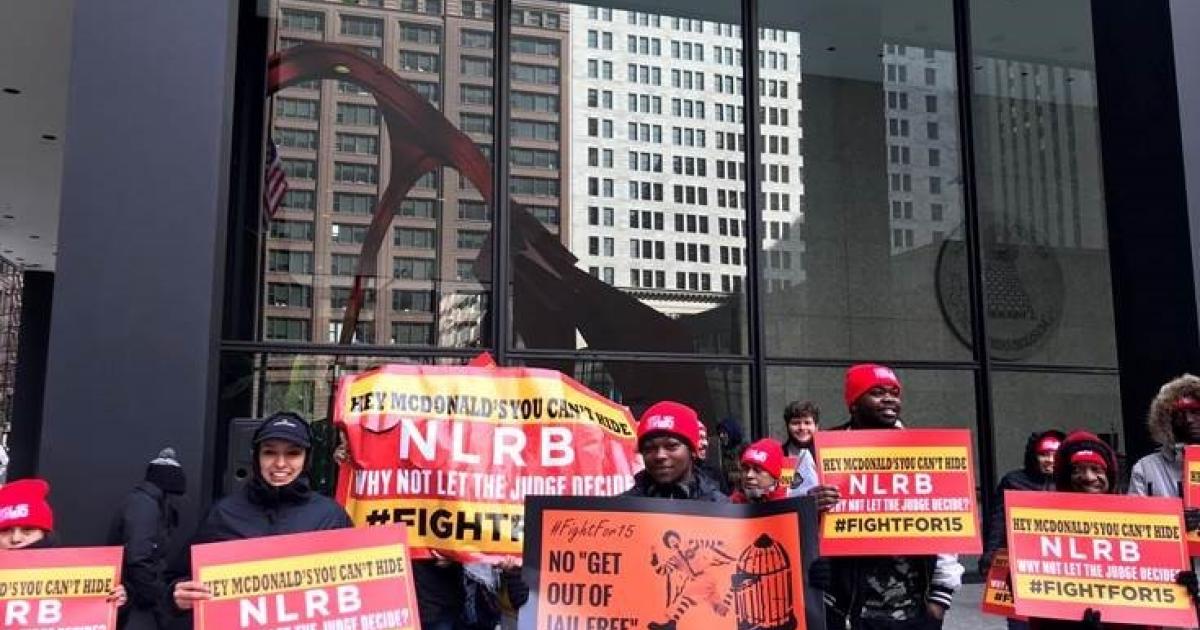 Following the National Labor Relations Board administrative judge’s recent decision to reject McDonald’s proposed settlement to resolve all cases that called it a joint employer with its franchisees on labor law violations, the NLRB announced Thursday that it will overhaul the current joint-employer definition.

NLRB Chairman John F. Ring said he is publishing a Notice of Proposed Rulemaking with a 60-day comment period in order to promulgate a final rule that will clarify the joint-employer standard “in a way that promotes meaningful collective bargaining and advances the purpose of the Act.” The proposed rule will state, “An employer may be found to be a joint-employer of another employer’s employees only if it possesses and exercises substantial, direct and immediate control over the essential terms and conditions of employment and has done so in a manner that is not limited and routine.”

The International Franchise Association (IFA), long recognized for its strong representation of mainly large franchisors, immediately applauded NLRB for its action, and committed to engage its members to support the rulemaking process. The 58-year-old association touts that it is the world’s oldest and largest organization that represents "franchising" worldwide with more than 733,000 franchise establishments in over 300 different business format categories.

“The NLRB’s announcement is good news for franchises and franchise employees across the country,” said IFA president and CEO Robert Cresanti. “Franchise owners have been confused about the vague and uncertain legal minefield created by the NLRB joint employer standard since it was expanded in 2015. Rulemaking is an important step to address the concerns of local business owners by providing the clear lines in the determination of joint-employer status. We look forward to participating in the public notice and comment process in the coming days.”

The expansion of the standard in 2015 mentioned by Cresanti was in reference to the Browning-Ferris decision, only to later be appealed to the NLRB. With newly appointed members by the Trump Administration, the Browning-Ferris standard was thrown out in order to establish a new definition of “joint employer.”

NLRB Administrative Law Judge Lauren Esposito issued her 40-page order July 17, 2018, chastising McDonald’s and the NLRB General Counsel for failing to resolve with the charging parties all the cases in the matter. She said McDonald’s proposed settlements’ “unusual and complicated form and enforcement mechanisms, coupled with the parties’ evident confusion and history of antagonism, virtually guarantee that the settlements will not definitively end the case.”

Judge Esposito scolded that the General Counsel’s justifications for McDonald’s settlements’ “significant shortcomings are inadequate and inconsistent with Board policy and practice.” She then declared the franchisor’s motions for settlement were denied.

A recent Law360 article reported that the Fight for $15 organizing group told the National Labor Relations Board that two Trump administration appointees to the board should be recused from the McDonald’s joint-employer case because they previously worked for law firms with ties to the hamburger chain. Those members are Chairman John Ring and board member Bill Emanuel, both principals (partners or shareholders) of Morgan Lewis and Littler Mendelson, respectively, “retained by McDonald’s to provide coordinated legal advice and guidance for all McDonald’s restaurants on how to react to the “Fight for $15” campaign activity,” according to the charging parties’ (unions, Fast Food Workers Committee, SEIU, etc.) reply to McDonald’s opposition to the recusal of NLRB Chairman Ring and member Emanuel.

In its opposition to NLRB recusing its board members, McDonald's stated that the prospect of litigation arising from these circumstances related to the campaign was clearly contemplated at the time. It explains, “Among other things, McDonald’s franchisees were required to and did sign joint-defense agreements with respect to the legal services provided by Morgan Lewis.” McDonald’s and other respondents in the case “were or are clients of both Chairman Ring’s and Member Emanuel’s most recent law firms, represented by those firms with respect to the very circumstances involved in this [NLRB McDonald’s Joint Employer] case.”

Request for Special Permission to Appeal  also asks the NLRB to order final disposition terminating the entire case, with the dismissal of all outstanding complaints, on contested terms advocated by McDonald’s. The franchisor argues that Chairman Ring and Member Emanuel do not need to recuse themselves now because they did not personally represent them [McDonald’s and respondent franchisees] while both were partners at the firms.

On Friday, the Asian American Hotel Owners Association, the largest hotel owners’ association in the world, representing more than 18,000 members, also gave a thumbs up on the NLRB Chairman’s proposal. The association's president and CEO Chip Rogers stated:

“America’s hotel owners applaud this important step towards resolving the confusion stemming from the disastrous Browning-Ferris Industries ruling that upended the franchise industry. Ensuring that employers and their employees enjoy a direct relationship without undue interference from third parties who play no role in hiring, scheduling, setting wages, or other essential elements of employment is necessary to preserve franchising as a successful pathway to the American Dream. Businesses thrive when there is clarity, consistency, and stability. We encourage hoteliers and other small business owners who employ the franchise business model to make their voices heard during the public comment period.”

The hotel association CEO said his organization will continue to encourage a statutory remedy to the joint-employer standard through its support for H.R. 3441, the Save Local Business Act. Rogers declared, “This would codify the historical joint-employer standard and prevent future administrations from changing the rules in the middle of the game without congressional approval. America’s hotel owners call on the Senate to introduce and pass a companion bill that would limit the type of bureaucratic overreach that created this mess in the first place.”

Response may also come from the upcoming mid-term elections for 2018 as Chairman Ring’s 60-day comment period for the Notice of Proposed Rulemaking on overhauling the NLRB “joint employer” standard will put the decision right between election results and the new terms.

The response from shareholders on this latest NLRB development have been tepid. Looking at McDonald’s Corporation (NYSE:MCD) Investor Relations profile today, McDonald's stock is down, having dropped below its 50-day moving average amid concerns from investment bank Stifel that McDonald’s store remodels will continue to weigh on U.S. sales through early 2019, according to TheStreet.com.

Last Friday, more bad press hit the world’s biggest hamburger chain. CNBC reported that two advocacy groups, The Fight for $15 and TIME’S UP Legal Defense Fund, have teamed up to help fast food workers organize against alleged sexual abuse that they say is “rampant.” McDonald’s employees in 10 cities are planning to strike this week to draw attention to the problem.