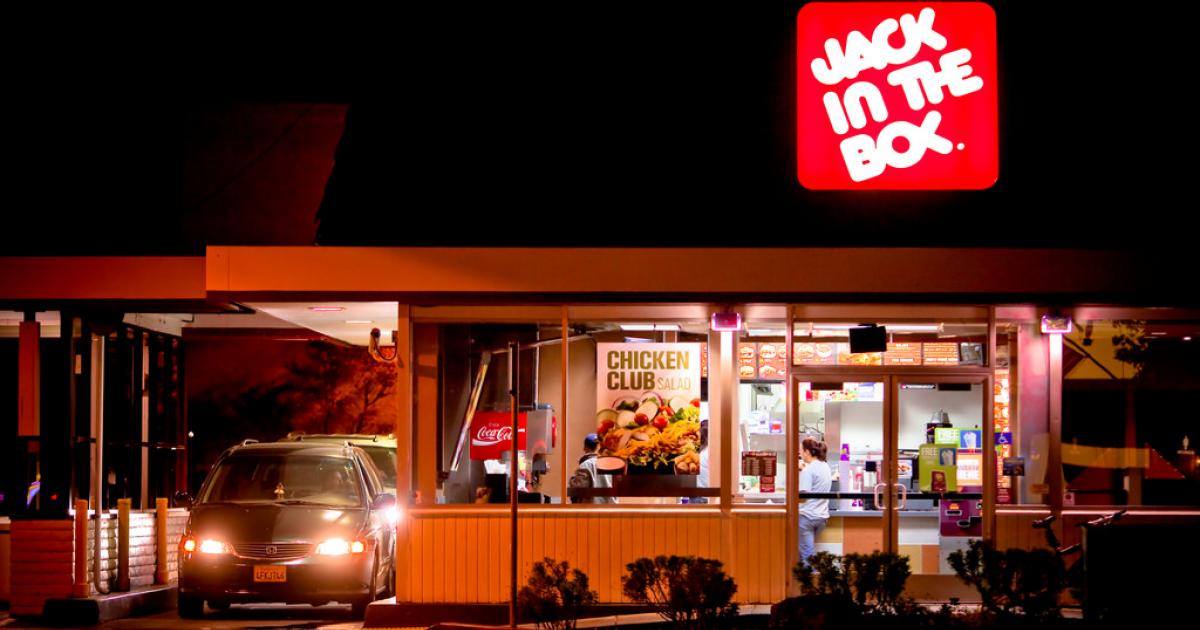 The call to action to the franchisor’s board comes after a majority vote of “no confidence” in July by restaurant owners of the National Jack in the Box Franchisee Association, an organization that was formed in 1995. Its mission is to advocate for Jack in the Box franchise owners. Its members own roughly 2,000 restaurants out of the 2,240 that are affiliated with the Jack in the Box brand.

The franchisee association’s chairman Michael Norwich, himself a large multiunit franchisee of Jack in the Box, states that his organization has reached out in “every possible manner” to propose solutions to Jack in the Box leadership to raise store and brand performance, only to land on deaf ears. 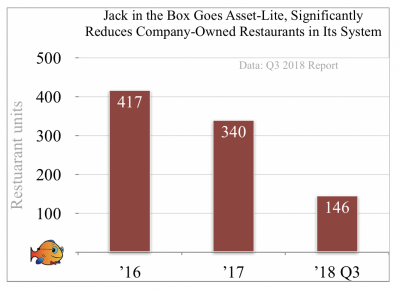 Jack in the Box has been transitioning to an asset-lite model (see chart). By the middle of 2018 it had refranchised, which is to say sold, 127 of what is left of its company-owned stores to franchisee buyers. That now leaves Jack with 146 company restaurants.

As the franchising firm has moved away from operating its own food service establishments and given those responsibilities more to franchisees, it has not given its franchise owners more say in how the chain, its leadership and the brand move forward. The move to an asset-lite model may give shareholders a little more bang for the short-term buck since the franchisor’s money is not tied up into expensive restaurant investments of its own, but by getting out as a restaurant operator it also risks having Jack in the Box become an out-of-touch consultancy to restaurant owners. It might also be finding that as a marketer of its brand it is more out of touch with consumers.

To be fair, the firm is trying to focus on its burger business. In March it divested itself of its Mexican-themed Qdoba to Apollo Global Management for $305 million.

But Jack’s same-restaurant sales have gone soft (see chart) since 2017 as competition for value burger meals have heated up. That in turn has driven owners even more to action. Restaurant owners are now pushing back, telling the franchisor’s board that restaurant owners need more say in the brand’s leadership and direction.

The organization of franchise owners says that it wants “the cessation of questionable financial tactics like reducing support staff and infrastructure so as to avoid further reduction of already depleted G&A [general & administrative] expenses and resources.”

It is concerned about a severe lack of corporate resources being devoted to providing service, support, assistance and marketing to the franchise owners.

“[These] have caused an unsustainable loss in sales and transactions,” says chairman Norwich, explaining why owners have cast a vote of "no confidence" in the executive leadership at Jack in the Box and are asking for immediate response and action by the company’s board of directors.

Not only do restaurant owners want to see CEO Lenny Comma replaced with a new CEO who has effective experience and demonstrable success in leading a complex franchise system such as Jack in the Box, but they also want the appointment of a dedicated chief marketing officer so that the brand can better compete.

Risk to leaders of franchisee associations 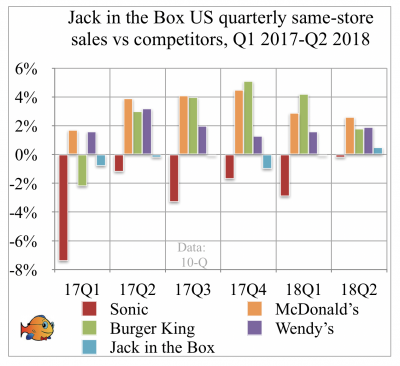 When association leaders have publicly pushed for change after privately failing to change the franchisor, franchisors have been known to lash out against franchisee leaders. In September franchisor Tim Hortons terminated Canadian David Hughes and actually locked him out of his own restaurants when he publicly spoke against the franchisor as president of the Great White North Franchisee Association, an alliance of Tim Hortons franchisees.

These are not things that just happen in Canada. No. In 2007 Pat Meyers, the general counsel of the Denver-based franchising firm Quiznos, sent out notices to terminate the franchise agreements of the leaders of a franchisee association after the organization posted a suicide note from a California franchisee. Bob Baber had killed himself in a Quiznos restroom, leaving behind a list of grievances against Quiznos. He blamed the franchisor for his depression and death. As for the termination of the franchise agreements of the association board members, a judge quickly put a stop to the heavy-handed franchisor.

The franchisee association has engaged Robert Zarco, founding partner at the Miami litigation firm of Zarco Einhorn Salkowski & Brito, to represent their interests in this dispute.

“Throughout my involvement, the franchisee association has acted diligently and in good faith, making every imaginable effort to reach out to respectfully express their concerns directly with the Jack in the Box leadership to no avail,” said Zarco. “They should be able to protect their businesses in a true partnership with the leadership of the brand they love and bring daily to their customers. It’s unfortunate that the Jack in the Box leadership has allowed the tension to reach this point. I have a long history of helping franchisors understand the seriousness of their franchise owners’ grievances and expect to advance the concerns of the JIB-NFA [Jack in the Box National Franchisee Association] in whatever forum necessary to obtain similarly positive results.”