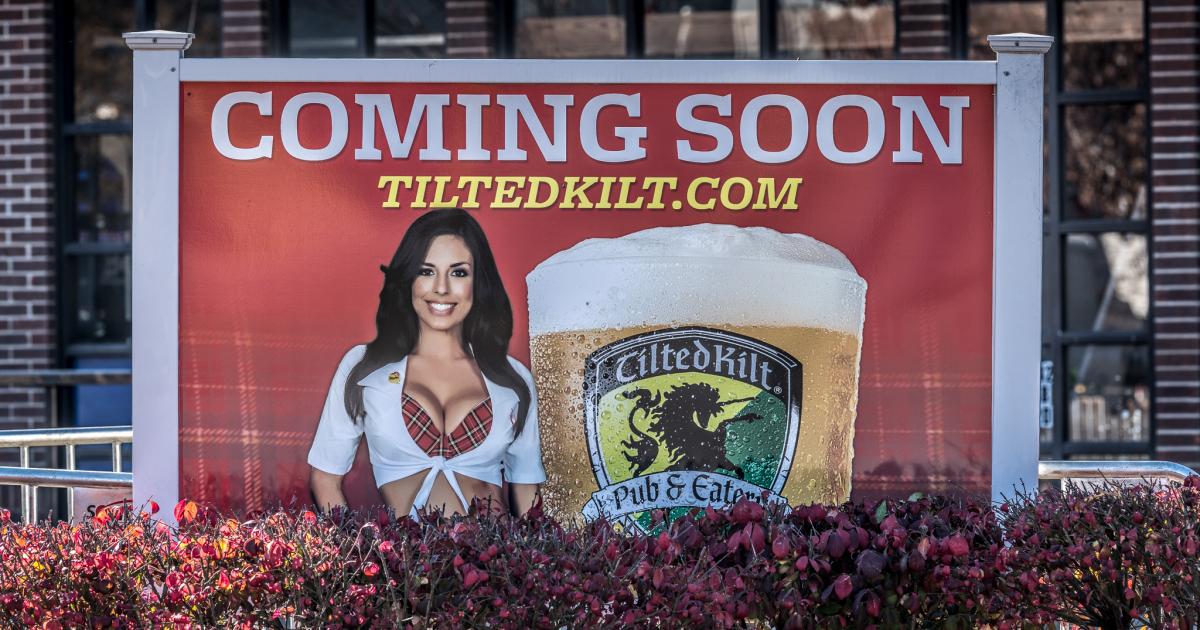 ARC Group, Inc. (OTC:ARCK) announced on Tuesday that it will acquire the troubled Tilted Kilt Pub and Eatery from SDA Holdings, LLC for $10. However, ARC will assume Tilted Kilt’s debt of $1.8 million and future liabilities of $1.5 million. It will also issue 1.4 million in stock. For its obligations, ARC acquires a brand of 42 restaurants from California to New York that last year generated revenues of almost $14 million.

“The Tilted Kilt acquisition is in line with our strategy of targeting undervalued/underperforming restaurant chains with immediate cash flow potential, where we have the ability to leverage our franchising, marketing, operational, logistics and financial expertise across brands, while maintaining a strict focus on driving sales, reducing costs, and expanding margins,” said Seenu G. Kasturi, president and chief financial officer of ARC Group.

The Tilted Kilt brand, which competes with other sports bar and “breastaurant” chains such as Hooter’s and Twin Peaks, is actually ARC’s second acquisition this year. In August it bought Fat Patty’s, a franchising chain of four restaurants based in West Virginia and Kentucky. At the time it bought Fat Patty’s, the Jacksonville, Florida-based ARC Group said that it was expecting to soon announce that it would be entering a deal to acquire Tilted Kilt. 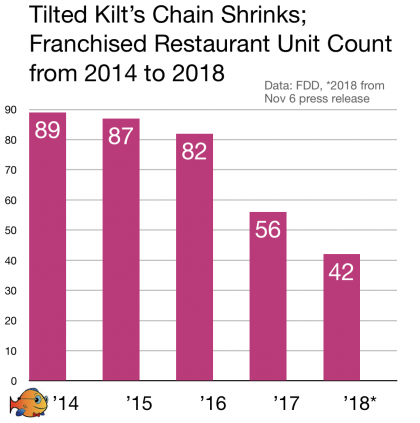 The CFO says that the new restaurants will boost ARC’s combined annualized revenue run rate to more than $25 million. “We look forward to acquiring similar restaurant chains at attractive multiples that are either growing and profitable, or can be turned around quickly and will add to both our top and bottom line,” said Kasturi.

In the last four years, troubled Tilted Kilt has seen a quiet exodus from restaurant owners (see chart). Its system has been cut by over a half. It has gone from 89 franchised restaurants to now 42 units. Even Tilted Kilt's company-owned restaurants have been reduced from 2 units (not shown in chart) to 1 company-owned restaurant in 2017. As its struggling franchises have disappeared, Tilted Kilt has also felt a financial hit. Tilted Kilt’s latest disclosures to franchise buyers and franchising regulators in the state of Minnesota shows Tilted Kilt decreasing in net cash and cash equivalents by $282,176. It also had a net loss of $56,696 for the two month period ended in February 28, 2017 and loaded with long-term debt.

Richard Akam, CEO of ARC Group said, “Tilted Kilt will be a strong addition to our platform and a brand for which we believe we can make a significant impact in its top and bottom line growth.  From 2013 to 2017, we improved the average unit volume of our Dick’s Wings & Grill restaurants from $699,000 to $966,000.  During this same period of time, we increased the number of Dick’s Wings units from 15 to 22 and system-wide sales from $10 million to $22 million.  We look forward to replicating this success with Tilted Kilt.”