Franchisee Association Positions Itself as Power Broker of Papa John's 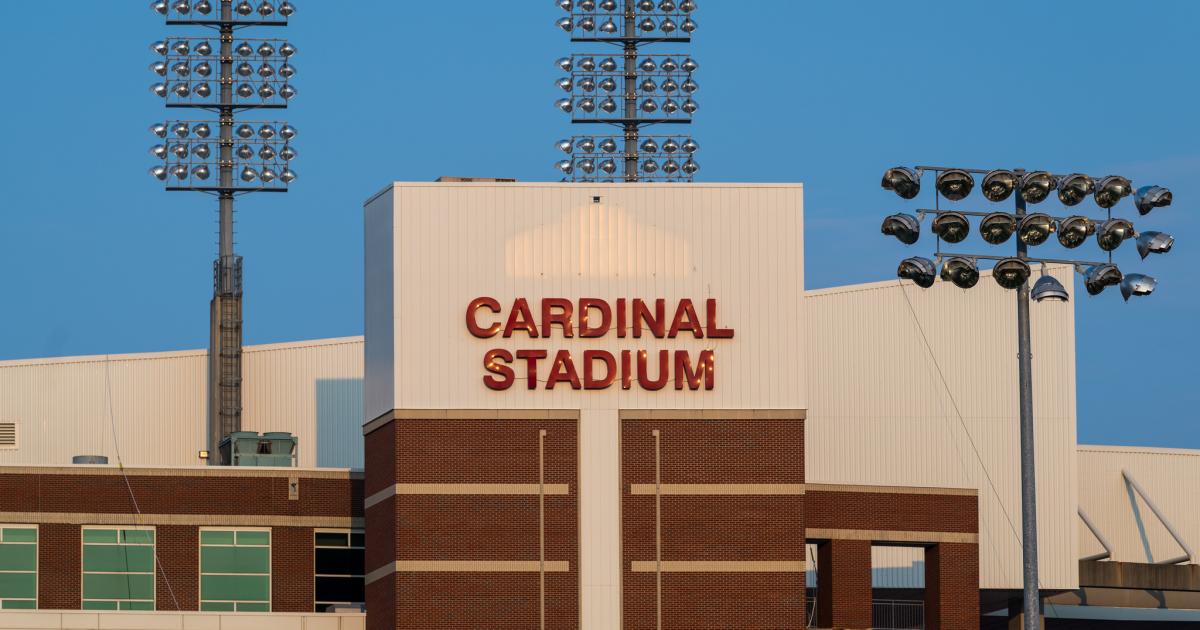 As large investors and rumors of private equity firms hover over the wounded Papa John’s International Inc. (NASDAQ: PZZA), franchisees have decided that they are in a good position to be the gate that investors pass through for a smooth transition to the future of the brand.

Removal of founder, chairman and CEO

It has been a tough year for Papa John’s. The trouble began when Papa John’s chief executive officer, chairman and founder, John Schnatter, weighed in on a highly charged political issue during a public earnings call with analysts in November 2017. He criticized the National Football League’s handling of football players who knelt during the national anthem. 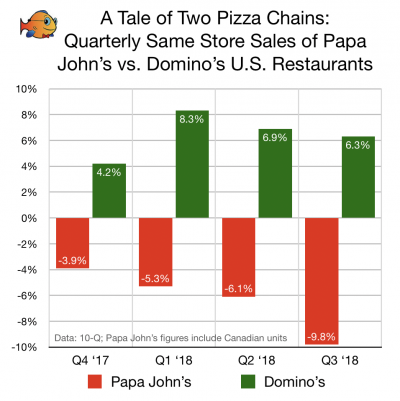 It was the November earnings call of last year. Schnatter had just reported that same-restaurant sales in 2017's third quarter had actually increased 1.5 percent. That call would mark the last positive same-restaurant sales. Comparable sales for the following quarters began to fall for the company into negative territory at accelerating rates (see chart).

“Our members have sustained tremendous financial losses and a decrease in sales at the store level after Mr. Schnatter’s controversial comments,” said Vaughn Frey, chairman of the independent Papa John’s Franchise Association (PJFA). Its members own more than 1,200 restaurants, amounting to nearly 40 percent of restaurants that are affiliated with Papa John's in North America.

As the brand attempted to defuse the controversy, Schnatter stepped down as chief executive officer, but remained chairman of the company. In May of this year the Papa John’s founder used the n-word during a media training session with a public relations firm. It led to the termination of lucrative sponsorship agreements with the NFL and other professional sporting leagues. Schnatter blamed the media firm for forcing him to say the n-word and accused them of attempted extortion.

This past July Schnatter found himself once again having to step down, this time as chairman. As chairman and CEO, Schnatter had a fiduciary responsibility to maximize shareholder wealth and not alienate a large part of the brand's consumer base. The company decided to remove the founder's image from the brand's boxes and marketing material.

Pizza shop owners say that Schnatter’s public quotes badly tarnished the brand. Although the pizza is still just as delicious and its stores still as efficient, consumers have nonetheless been abandoning Papa John’s branded restaurants.

But founder John Schnatter thinks the answer to the brand’s blue funk is him. He wants to come back as its spokesperson and public face. He has filed lawsuits against Papa John’s, started a public website and given media interviews. “The board wants to silence me. So this is my website, and my way to talk to you,” Schnatter writes on his website, SavingPapaJohns, explaining that he is addressing Papa John’s employees, franchisees and customers on what he is doing to save Papa John’s.

As sales have dropped further, the franchisee association is not happy about Schnatter’s website that is in disagreement with the Papa John’s corporation. It is also displeased about the ex-chairman’s continued outspokenness in the media.

“We are trying to move on from the controversy, but it is hard to do that when there is a new story being put out every other day about new developments relating to Mr. Schnatter and Papa John’s,” said the leader of restaurant owners affiliated with the brand, Vaughn Frey.

Barbarians at the gate

Schnatter also says that third-party investors have wanted to speak with him about investing in the firm, but that he has been barred from doing so by a “wolf pack” provision, an agreement that prevents him from acting with others against Papa John’s management. The former chairman wants those restrictions against him removed. 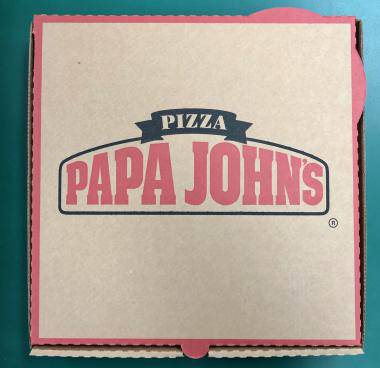 There is other movement.

Despite poor results in its latest quarter, share prices have modestly rallied since the beginning of this month as rumors have proliferated about how private equity firms are interested in acquiring the troubled brand.

Into that whirlpool of activity enters Papa John’s restaurant owners through their independent franchisee association. Looking at the shareholder feud, franchise owners realize that if the brand is to be righted it just might be up to them.

Franchisees want to stop the pain. They have a strategy—as well as a carrot and stick. In the end they may want to litigate to try to recover some of their losses. If they litigate, the question is in which direction will that major lawsuit be pointed—the company or Schnatter.

“The franchisees’ goal is to obtain a remedy for the significant loss of restaurant profitability that is attributable to the public relations debacle caused by Schnatter’s discriminatory and divisive public remarks,” said the association’s attorney Robert Zarco. He is the founding partner at the Miami litigation firm of Zarco Einhorn Salkowski & Brito.

Zarco, who is known for landmark litigation wins for franchisees, represents a big stick.

“The Papa John’s system continues to struggle as Mr. Schnatter remains in the press,” elaborates Zarco. "I will not rest until I get to the bottom of this controversy so I can assist the PJFA [association] in conveying the concerns of its members to Papa John’s leadership and work with Papa John’s and Mr. Schnatter to reach a resolution in whatever forum necessary to serve the interests of the PJFA and its members.”

There is the carrot — the franchisee association finds itself in a strong position. It wants to be a broker of peace with the appropriate parties. Having a strategy, it knows where to start.

“The damage to the brand image and the franchisees’ businesses has persisted and continues to persist,” adds the attorney. “The Papa John’s system continues to struggle as Mr. Schnatter remains in the press.” 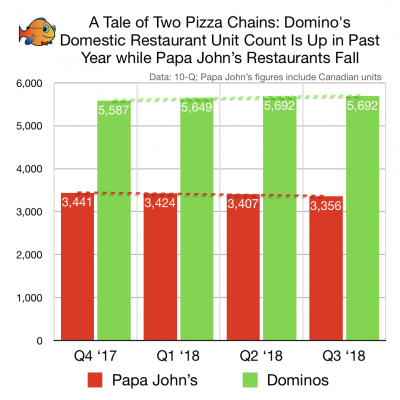 It is not that Papa John’s has not tried to help troubled franchise owners. Recognizing their hurt, the franchisor has significantly reduced royalties and fees in the short term. That has meant less revenue for the franchisor.

Steve M. Ritchie, Papa John’s president and chief executive officer since January, told analysts at a November 14 earnings conference, “In August we made our commitment to franchisees clear through our assistance program for North America. Also in early October we committed to investing $10 million during the remainder of 2018 into our national marketing fund. These funds are being used for additional media support. Total cost for the assistance program including this incremental marketing investment is consistent with the updated outlook we provided in our earnings press release.”

Ritchie has also been a Papa John’s franchise owner since 2005. A CEO of a major franchising firm who operates the daily activities of his own restaurants is unusual in the franchise world.

In August Schnatter, the largest shareholder of Papa John’s International, publicly said on cable news station CNBC that he has no confidence in the man whom he hand picked as Papa John’s CEO. "One of my biggest limitations is that I have a tendency to overpromote, and I think that's what I did with Steve," Schnatter told CNBC about CEO Richie. Elsewhere, he accused Ritchie of pulling the strings of his ouster in order to save his new job.

Obtaining the association's blessing is in a corporate raider's interest too

After the financial thumping that franchisees have had from the brand's bad publicity, their association seems to recognize the need of restaurant owners to have a say and influence in the future direction of the chain. The franchisee association has set itself up to be a gatekeeper, helping nudge which shareholder faction will have the upper hand in winning control of the franchising firm.

Attorney Zarco was not free to confirm this was the strategic direction that the franchisee association was taking, but he was complimentary to this journal’s insights to that line of thinking. “The interests of management and franchisees must be aligned,” said Zarco.

That leaves anyone wanting to control the interests of Papa John’s International—e.g. the current management and board, John Schnatter or a potential corporate raider—with a tough choice. They can completely ignore the association, possibly not even meet with it, and acquire the brand without its blessing. But should such a party succeed in taking over the brand, ignoring the association would likely bring on an intrabrand war, an all-out rebellion of restaurant owners at a time of already great stress for the franchising firm.

Avoiding the franchisee association does not seem to be happening with the key players of Papa John’s. The major parties already recognize that the association is a key element to resolving this fiasco and avoiding a brand falling out.

In the November 14 earnings conference, Ritchie took the unusual step of informing analysts of the association's existence. The CEO told analysts that he was appreciative of both franchise representative bodies in Papa John’s, the Franchise Advisory Council and the independent Papa John’s Franchise Association. He thanked them “for the collaborative approach they have demonstrated to pursue improved performance for all of our stakeholders.”

Schnatter also seems to recognize the importance of working with the franchisee association as well. Attorney Zarco told this journal that the association, coordinating with his law firm, has already been in communication with John Schnatter’s counsel on how to remedy the franchisees’ current plight.

If a raider gains controlling interest in the weakened franchisor, it could exercise a heavy hand in bringing Papa John’s large multiunit franchisees to heel. Franchise contracts give it wide latitude in doing just that, but that would likely trigger a litany of troubles. Not only could that heavy hand spark an intrabrand war between franchisees and franchisor at a bad time for the brand, but unhappy franchisees could shrink the franchise chain more, continuing the downward trend in revenues for the franchisor. Taking over the brand without bringing in the association could easily spark a high profile lawsuit between franchisees and franchisor.

The smoother passageway out of this deteriorating situation seems to be through the franchisee association. A blessing by it would give a person or group who wants a controlling interest in the franchising firm a smoother future and a leg up from others vying for control. At the end of the day though, franchisees need a path that will lift the profitability of their restaurants.

The smoother passageway through Papa John's turbulence is through the franchisee association.