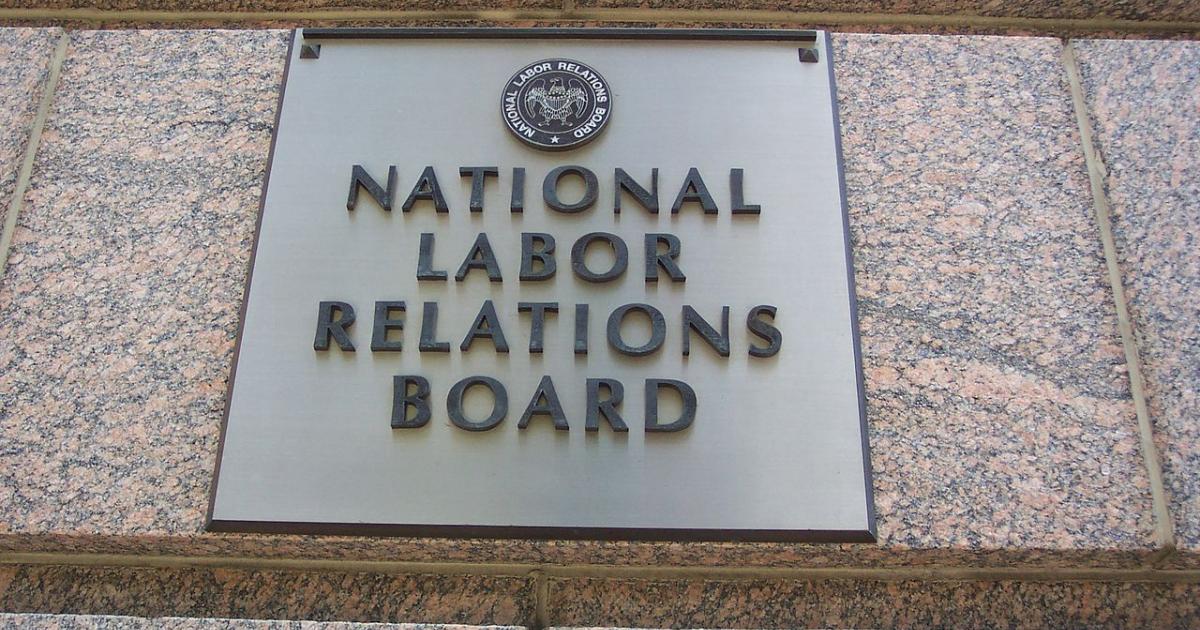 Two former labor department officials presented conflicting views last month on how the National Labor Relations Board should finalize the definition of "joint employment" pertaining to relationships between companies and their independent contractors and franchisees on workplace labor violations.

This heated dispute was regarded by prominent attendees as being one of the biggest pending issues to face the labor board.

Past NLRB chairman Philip Miscimarra, now with Morgan Lewis, and Richard Griffin, former NLRB general counsel, duked it out in a panel discussion on November 16, 2018, sponsored by the Federalist Society, a conservative think-tank. They were revisiting the Obama-era agency’s expansion of the definition of “joint employment” through a rulemaking process. Law.com reported on the event explaining, “Business advocates bemoaned that expansion, suing over the board decision and advocating for federal legislation to put in place a business-friendly definition that would reduce scenarios where one company is held responsible for labor claims arising from contractors and franchisees.

The NLRB in 2015 expanded the definition of joint employment to include employers who share direct, indirect, potential or even “ultimate” control over another company’s workers.

Miscimarra asserted that the current expanded definition of joint employment has created uncertainty for companies and is “extremely unpredictable.” The former chairman stated, “I have sympathy for the considerations that may have prompted by former colleagues on NLRB to expand the concept of joint employment.” But he added, “We live in a complicated economy. It would be nice if we could unscramble the economy and eliminate business constraints that prevent conventional employers from being more generous in the wages and benefits and hours worked by their employees. But that type of simple economy has not existed in this country for more than 200 years,” Law.com author Erin Mulvaney reported.

Griffin, the Obama-era NLRB general counsel, strongly argued against Miscimarra’s statement that expanding the definition of joint employment created a “complicated” and unworkable regulatory environment for the business community. “If there are two entities that share or co-determine your essential terms and conditions of employment, they should both be at the bargaining table,” declared Griffin, now of counsel at Bredhoff & Kaiser in Washington D.C.

The joint employer issue has been escalating over the past few years when fast-food workers began protesting for higher wages and benefits, and against the sexual harassment taking place in McDonald’s restaurants, all under the direction of the Service Employees International Union (SEIU). Eventually, that led to numerous lawsuits being filed against the world’s largest hamburger chain, alleging it was a joint employer with its franchisees because of its strong control over franchisees. One such lawsuit is now before the labor board to determine if McDonald’s “controls” more than two dozen franchises and should be responsible for setting wages and grappling with workplace conditions.

The franchisor community, including the powerful International Franchise Association, insists that the franchise business model will be destroyed if the NLRB rules that franchisors should be held liable for the unfair labor practices of its franchisees.

According to a Littler law firm report last year Labor Secretary Alexander Acosta kick-started the discussion by criticizing the Obama administration’s practice of using sub-regulatory guidance to change the law. Acosta stated that he was “against using ‘administrative fiat’ to implement significant policy changes guidance to change the law,” citing as an example the prior administration’s joint employer and independent contractor guidance, which the current Department of Labor has rescinded. Acosta declared that “any change in substantive law should be made by Congress, not by interpretive guidance that is issued without the benefit of notice and comment,” the law firm report stated.

Acosta proposed a new layer of analysis, in determining which rules are ripe for deregulation. He recommended that the NLRB should not merely perform a cost/benefit analysis but should evaluate whether revoking the rule is necessary to preserve liberty. “Secretary Acosta advocated using qualitative analysis or value judgment.” In giving an example, Acosta pointed to the DOL’s enjoined persuader rule, “which would have required employers to file public reports with the DOL when they use consultants (and attorneys) to provide labor relations advice and services that have the purpose of persuading employees regarding union organizing or collective bargaining.” Co-author Michael J. Lotito, a Littler shareholder, said Secretary Acosta further explained that this rule would have infringed on the attorney-client privilege.

The Labor Secretary also pointed to the tip credit rule, which DOL intends to rescind to restrict allocation of gratuities to non-tipped employees when the employer does not take a tip credit. Acosta said the rule bars agreements for sharing tips between front-of-house and back-of-house employees in certain instances. He said, “This is a circuit split regarding the legality of the DOL’s authority to regulate this issue.” Acosta added that this issue also involves principles of liberty, specifically, freedom of contract.

The firm's 2017 report said that the NLRB was working with a full five-member Board, although then-chairman Miscimarra's term would end in December 2017. In 2018 the board would be vacant one seat, down to four working members. As he looked toward the coming year, Miscimarra predicted that 2018 would be an important transitional year for the NLRB. The former-chairman then reviewed “some of the seismic policy shifts the Board has undergone during the past eight years, including the implementation of the revised election representation rules, and the increasing tendency of the Board to find neutral employment policies and work rules in violation of the NLRB.”

Other staff officials with the DOL and the Equal Employment Opportunities Commission also brought up additional items DOL is currently working on or re-examining, ensuing more active discussions.

As a side note . . . The National Labor Relations Board is extending the time for submitting comments regarding its proposed rulemaking concerning the standard for determining joint-employer status under the National Labor Relations Act for an additional 30 days.  The submission window is currently open and interested parties may now file comments on or before Thursday, December 13, 2018. Comments replying to the comments submitted during the initial comment period must be received by the Board on or before December 20, 2018.