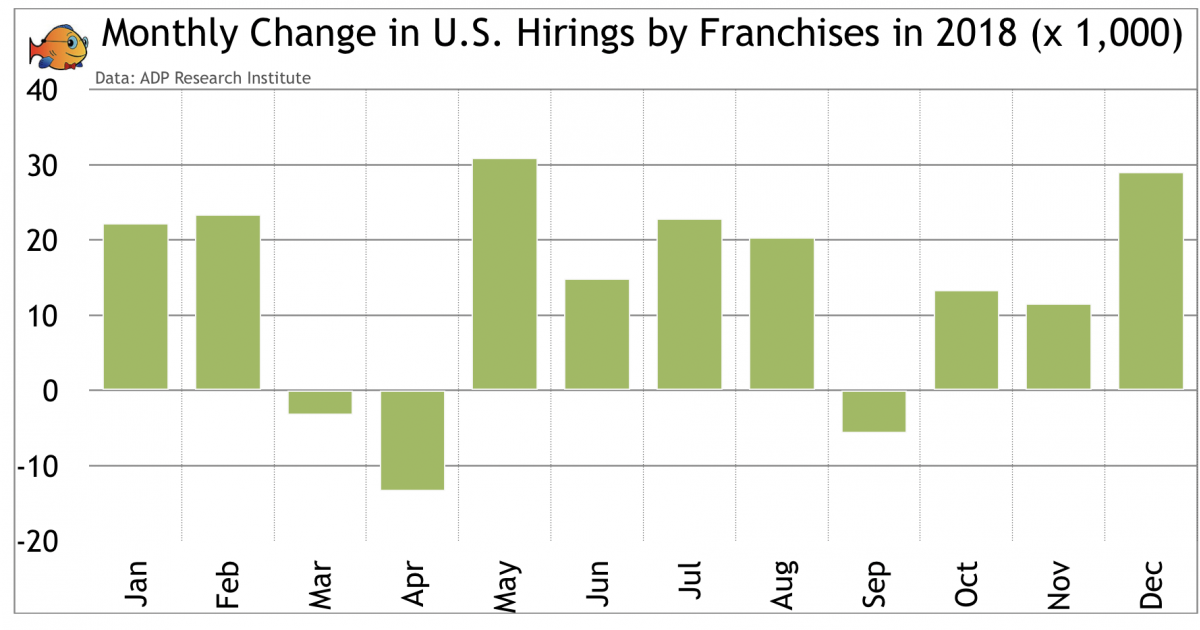 Franchises in the U.S. hired 29,000 more positions than the month before, according to ADP National Franchise Report. With a mild December, the month had the biggest rise in hiring from franchised establishments since May.

Franchises of business services as well as food markets were down in hirings for the month.

The U.S private-sector as a whole last month had a robust rise in jobs as well. The change in U.S. nonfarm private-sector employment rose by 271,000 jobs from November to December, according to the ADP Research Institute.

“We wrapped up 2018 with another month of significant growth in the labor market,“ said Ahu Yildirmaz, vice president and co-head of the ADP Research Institute. “Although there were increases in most sectors, the busy holiday season greatly impacted both trade and leisure and hospitality.”

U.S. small businesses, which are businesses that employ under 50 employees, rose from the month before by 89,000 hires.

Mark Zandi, chief economist of Moody’s Analytics, said, “Businesses continue to add aggressively to their payrolls despite the stock market slump and the trade war. Favorable December weather also helped lift the job market. At the current pace of job growth, low unemployment will get even lower.”