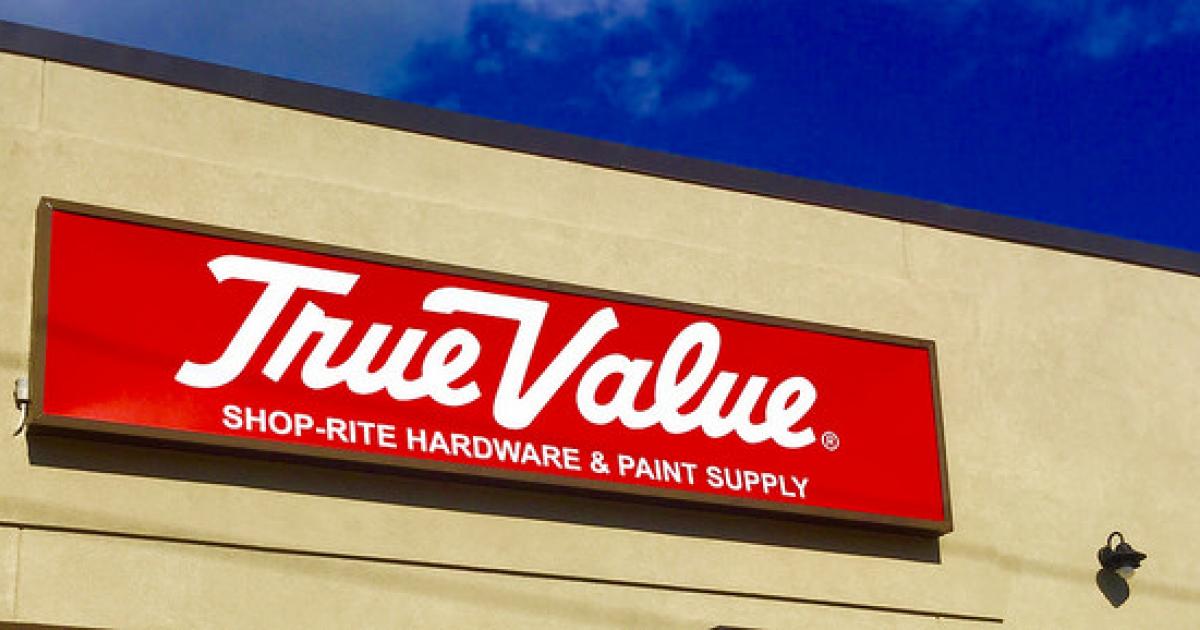 The True Value Company announced a strategic investment of $150 million in a new distribution center in Hanover, Pennsylvania.

The company currently operates 13 distribution centers around the country from California to New Hampshire.

“True Value is excited to make this substantial investment to develop a world class supply chain and distribution operation in Hanover Township,” said John Hartmann, president and chief executive officer at True Value Company. “The new facility will help alleviate congestion in our other distribution centers, provide the highest in-stock rates and position our network to support our retailers’ growth with greater flexibility and service.”

When it comes to franchising, hardware chains are different. One of the things about hardware retailers is that franchisees and licensees in this segment have often pushed and insisted that they are best to direct the franchisor / licensor. Take for example, Ace Hardware, True Value Company, Handy Hardware and other hardware store franchisors, these chains formed "cooperatives" in which a pool of franchisee investors do not pay a franchise fee for coming into the system but rather they use that money to actually buy franchisor stocks. Everyone has skin in the franchisor's business.

In 2016, the board of directors that led True Value Company were franchise owners. They each had their own True Value stores. It's been that way for years and years as True Value has become a behemoth hardware retail chain.

True Value in March of 2018 decided to pull out of that model. Private equity firm Acon Investments, which is light on retailing experience but with an investment bent towards Latin America, bought 70 percent of the True Value Company's shares.

I'm not sure why franchisees decided to relinquish control, although they still have minority control. I'm quite interested to find out more.

A Forbes contributor seems a little weak on the franchise ramifications. However, as a business model he finds himself (like me) scratching his head on why this happened and what it means for the industry.

But a PE [private equity firm] buyer taking over a national co-op is something we really haven’t seen much, and it’s a great big unknown what they will do with True Value now that they have a controlling interest. Acon doesn’t really have an M.O. as a flipper, so one can assume they plan to operate the company for more than the perfunctory three to five years. Will they step up national marketing? Go for a dramatic expansion, even buying up competing co-ops? Expand beyond home improvement products with more in-home services or even into other categories like home decor? We just don't know.

The flip side of this deal, of course, is what it means for Ace. With more than 5,000 stores, some beyond U.S. borders, it is believed to be the largest co-op in the segment, hard numbers being, well, hard to get. If True Value starts to shake things up, Ace will no doubt need to respond or even be pre-emptive in its strategy.

... But clearly the channel has seen a new monkey wrench introduced into its tool box.

President and CEO of True Value, John Hartmann, who used to report to franchisees, sells the stores who own True Value stocks, on their benefits of True Value's sale. PE Hub reports:

"ACON’s strategic investment will result in approximately $230 million in returns and credits to current True Value retailers, who will receive 70 percent of their invested capital and 100 percent of their promissory notes on top of their 2017 Patronage Dividend. Retailers will also retain a 30 percent holding in the new True Value Company, which will be led by the existing management team."

For store owners, there will be no change in the True Value Company's management (only its franchisee-led board of directors), a continuation of the current brand strategy, continued dividend checks to franchisees, and store owners will now receive their part of a big fat check of 70 percent of the invested capital in the franchisor. The licensee can do whatever it wants with this money.

This begs a lot of questions. Why would franchisees make such a huge change in no longer leading the brand? What's happening at the corporation and the industry to push this and what are the long term consequences of these actions on store owners?

Those are big questions. It is on my list of franchise developments to explore and report answers.