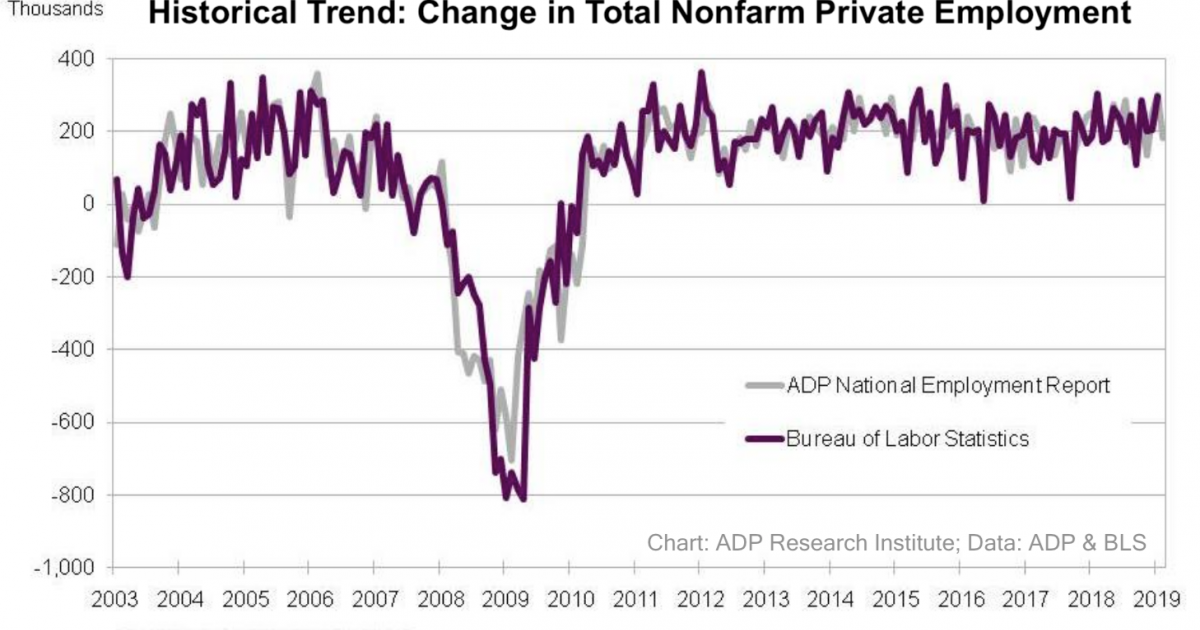 Franchises have been hard-pressed to find workers in a tight U.S. labor market. But February was not bad for franchise establishments. That rise in franchise hiring compared to other businesses may be an early indicator that hiring in the overall economy is slowing down.

Employment from franchise establishments in the United States rose above average by 24,500 jobs for last month versus the month before, according to the ADP Research Institute’s monthly National Franchise Report.  Restaurants and hotels led that growth in their contributions of raw job hiring numbers. Auto dealerships and business service franchises were down. Hiring by franchised real estate offices was flat.

In regard to the overall economy, the change in U.S. non-farm private sector employment mildly rose by 183,000 jobs for the month. Compare that to a rise of 213,000 jobs in January or 271,000 hires in December.

Small businesses of 1 to 49 employees fared worse with a rise of only 12,000 hires in February over January.

“The economy has throttled back and so too has job growth,” said Mark Zandi, chief economist of Moody’s Analytics, which collaborates with ADP Research Institute in issuing the employment reports. "The job slowdown is clearest in the retail and travel industries, and at smaller companies. Job gains are still strong, but they have likely seen their high watermark for this expansion.”

We saw a modest slowdown in job growth this month,” said Ahu Yildirmaz, vice president and co-head of the ADP Research Institute. “Midsized companies have been the strongest performer for the past year. There was a sharp decline in small business growth as these firms continue to struggle with offering competitive wages and benefits.”