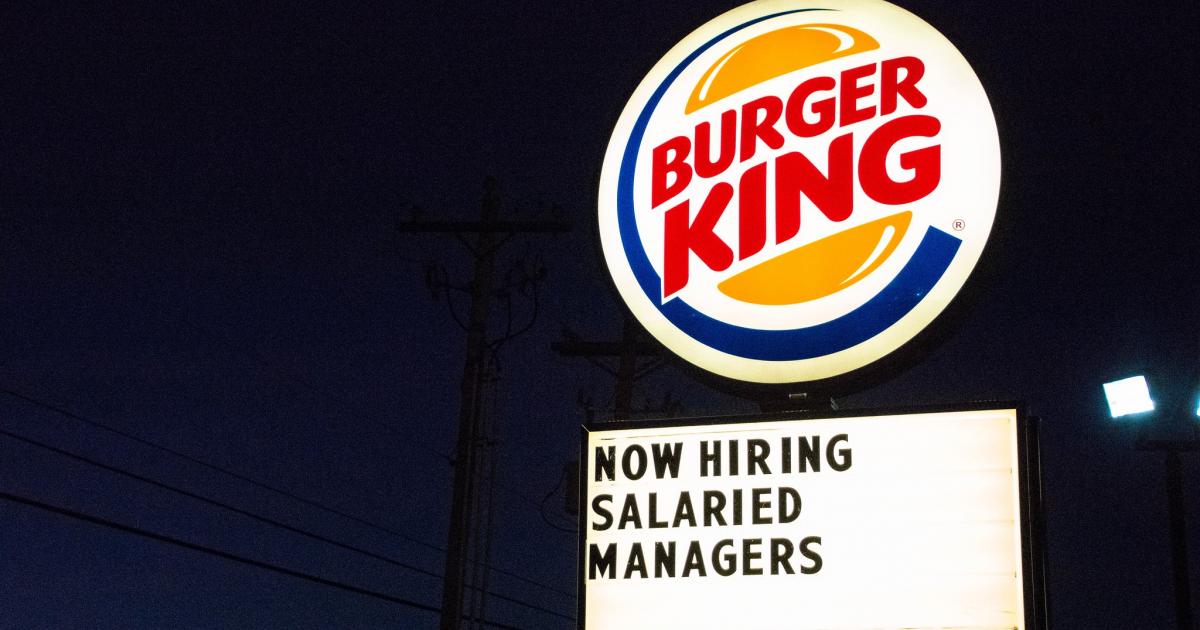 Franchise establishments in the United States increased hiring by a lackluster 9,500 jobs in April, according to payroll processor ADP.  Hotels, auto dealers, business services and food retailer (e.g. convenience store) franchise segments all were down, while restaurant and real estate franchised establishments increased their hiring. With a monthly gain of 14,200 jobs, slightly above average for the past eight years, restaurants accounted for nearly all of the lift to franchise jobs in April. 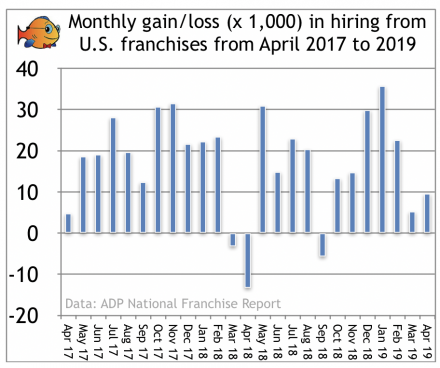 Looking at the bigger picture overall, rather than just U.S. franchises, private sector employers had a robust month of hiring. That’s a relief after last month’s weak numbers. Non-farm private sector employment increased by a surprising 275,000 jobs in April, according to ADP’s National Employment Report. That is the highest level of private sector hiring since July 2018. Service providers added 223,000, or 81 percent, of those jobs. The strong performance in April comes after a weak gain of 129,000 jobs in March.

However, Moody’s Analytics warns that this month’s strong numbers should not be given too much weight.

“April's job gains overstate the economy's strength,” said Mark Zandi, chief economist of Moody's Analytics. He added that although there has been some softening in the job market of late, this month’s figures show the job market is holding firm and that the economic expansion continues.

Change in employment among small businesses, categorized as businesses that have between 1 to 49 employees, robustly increased by 77,000 jobs for the month.

Franchise hiring struggles amidst the boom

Why are franchises showing such poor hiring gains when non-franchised small, medium and large businesses are showing such strong gains? Franchises appear to be having difficulty attracting labor compared to other employers.

“The change has been driven by the supply side and can be attributed to a shrinking supply of available workers,” stated Ahu Yildirmaz, vice president and co-head of the ADP Research Institute, about franchise hiring. Professor Yildirmaz told Blue MauMau that as the pool of jobseekers has contracted, franchises have had a more difficult time finding interested workers to recruit. She added, “Certain jobs may be less attractive to the remaining pool of applicants. As a result, franchise hiring has made up a smaller share of the total increase in employment in recent months."