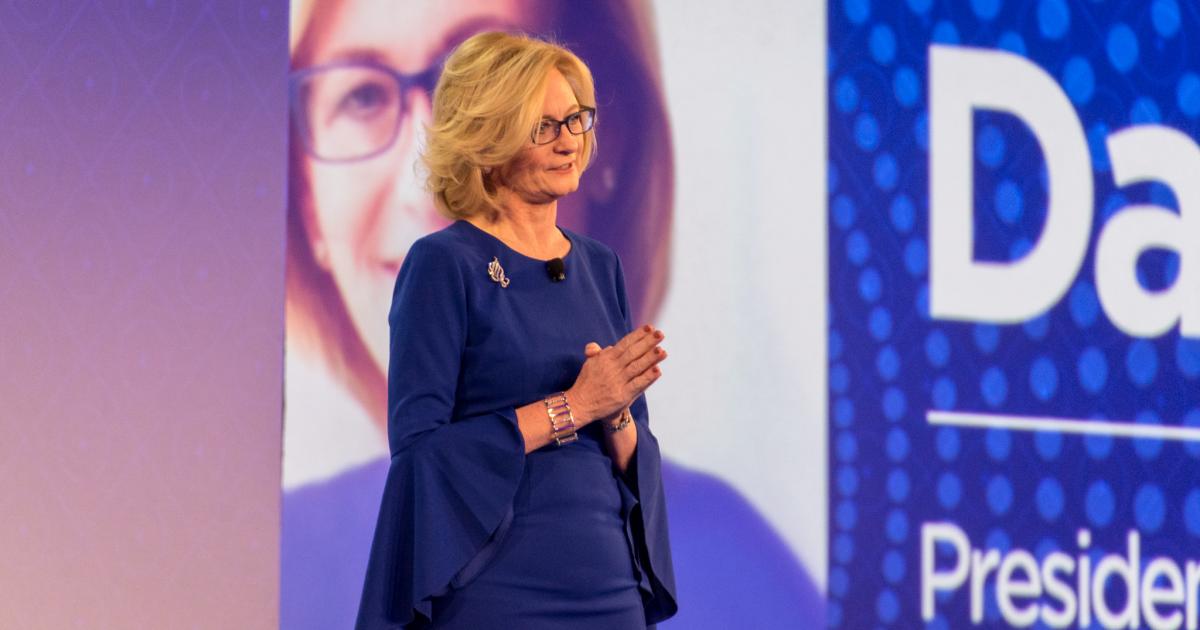 Sweeney has led the organization since 2007, after having served as the president of AARP Services, the taxable subsidiary of AARP.

“We have accomplished much together, including important public policy victories at all levels of government, a broadened membership base representative of the industry at large, and a revitalized organization that has expanded and bolstered its advocacy and business capabilities,” said Dawn Sweeney about her 12 years in leading the organization.

The association says that Sweeney has grown its membership since 2007 by nearly 50 percent. Under her leadership, revenue growth in ServSafe, a safety training and certification program for foodservice workers, has nearly doubled. In 2018, she led the operational sale of the National Restaurant Association Show.

“Dawn has been an extraordinary leader for the restaurant and foodservice industry during a time of both challenge and opportunity,” said Joe Essa, 2019 association chair as well as president & CEO of Wolfgang Puck Worldwide. “She has unified our industry, expanded our impact, heightened our effectiveness, and navigated a number of significant public policy challenges. The organization is well-positioned to continue to fulfill its mission to advance and protect the industry and has a strong foundation on which her successor will build.”

The association’s board has selected executive search firm Spencer Stuart to assist with the search for a new chief executive.