Jamba Throws Out the Juice 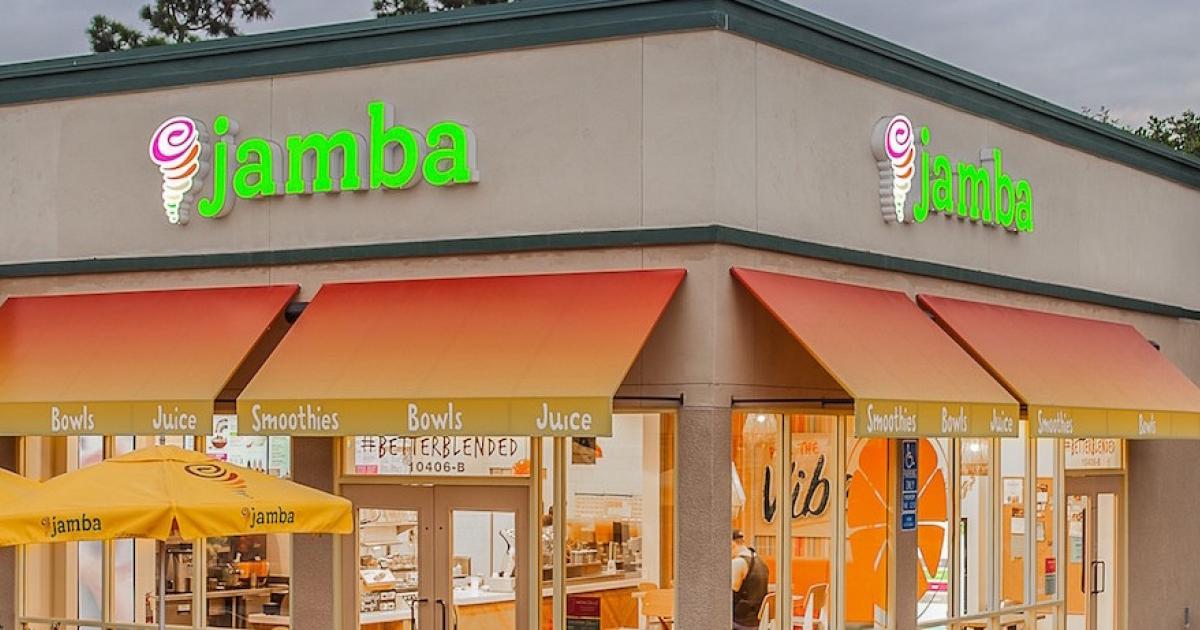 Jamba Juice announced yesterday that it is throwing the “Juice” out of its name. It will now be marketed to consumers as simply Jamba. That decision impacts franchisees.

The change in brand comes as a rising tide of press from Time magazine to the Washington Post have reported that drinking juice can be as unhealthy as consuming soda. Jamba is not alone in wanting to change its name to change the way consumers see it. In 1991 Kentucky Fried Chicken distanced itself from the “fried” in its moniker by changing the brand name to KFC. Dunkin’ Donuts, which increasingly emphasized its coffee offerings, eventually decided to dump “donuts” from its name just last year. 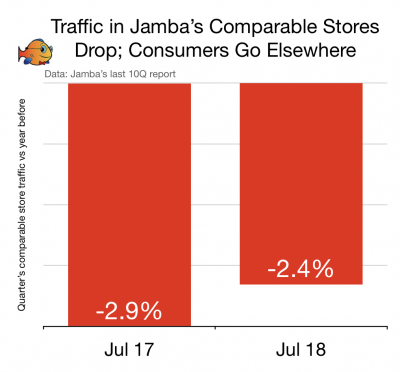 Jamba has seen the feedback from the marketplace as its customer base slipped (see chart).

In response, Jamba marketers now seem to be using the same playbook as KFC and Dunkin’ to recast its brand. As of yesterday, June 6, Jamba Juice simplified its name to  just “Jamba,” with a tagline of “smoothies, juices and bowls.”

“We’ve been offering balanced ingredients on the go for almost 30 years and must continue to evolve to meet our guests’ ever-changing definition of wellness,” said Jamba’s president Geoff Henry.

Franchised shops affiliated with the Jamba brand will be mandated to invest in new store signage and packaging that reflect the brand changes. They will also need to revamp their menus. The company says that new menu offerings will expand plant-based items, such as the vanilla blue sky smoothie and bowl with blue spirulina, a type of filamentous cyanobacteria. In addition, this summer the franchisor will roll out a new design for its new stores nationwide, which it calls “a refreshed restaurant experience.” Existing franchises will be expected to invest in the new store remodel as it is rolled out to them later in the year. The franchisor is also rolling out a new digital e-commerce platform for franchisees where consumers through a Jamba app can order ahead. Jamba has affiliated itself with Uber Eats and Postmates courier services to have shops able to deliver their menu items to customers.

The smoothie and juice store franchisor has lately experienced considerable changes. The 29-year-old California company announced it would move to Texas in 2016. Jamba's store count in the United States declined (see chart). As it struggled, Jamba was stopped by regulators from being allowed to sell franchises in certain states. Showing a net loss of $248,000 in the first six months of 2018 according to its July 2018 quarterly report, Jamba was losing money.

Surprisingly, during this turmoil, the franchise owners affiliated with Jamba have remained publicly quiet. It should be noted that only some 50 stores in Jamba's sizeable chain in the United States are company-owned.

In 2018 the publicly traded company went private. It was bought out by Georgia-based Focus Brands, which owns seven quick-service restaurant franchising firms from Carvel to Schlotzky’s. Focus is an affiliate of private equity firm Roark Capital Group, which owns a wide variety of franchising firms ranging from auto body chain Carstar to Massage Envy Spas.

“We’re proud to have launched the smoothie and juice category three decades ago and can’t wait to join our guests’ wellness journey for decades to come,” stated Henry about the brand's future.