Franchises and Other Private Sector Hiring Moderately Up in August 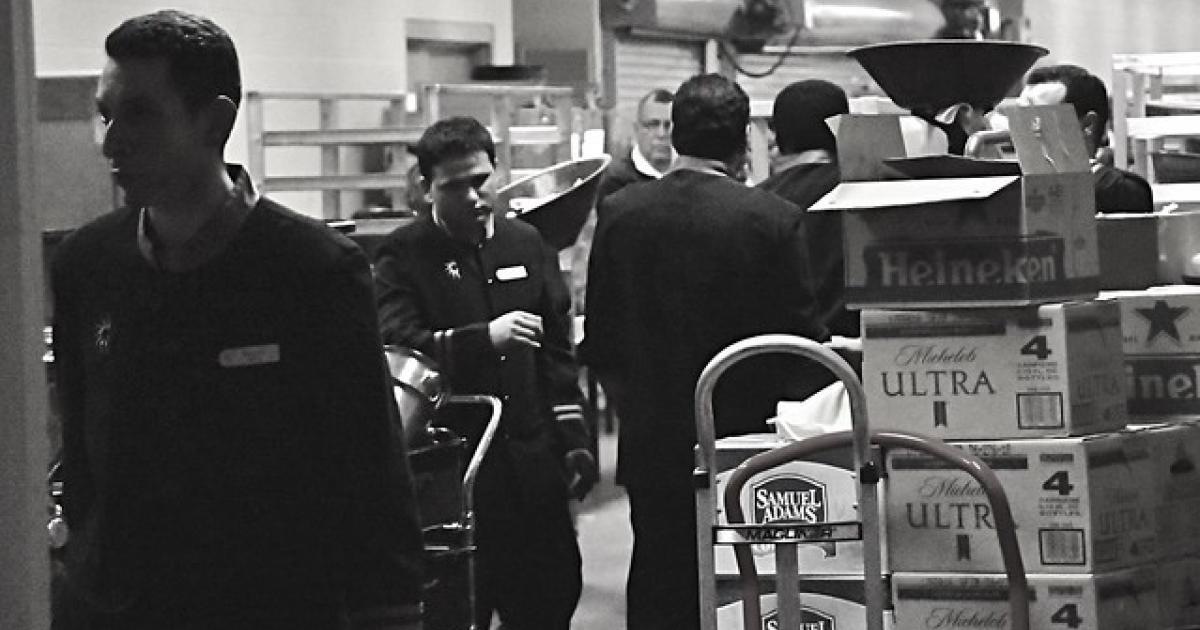 Franchises and other businesses continue their hiring spree. In August, franchised establishments throughout the United States moderately increased hiring by 17,200 jobs, according to ADP Research Institute.

For the larger economy, non-farm private sector employment in the U.S. increased last month by 195,000 hires. That rise in hiring is higher than August of last year, 2018, which had 163,000 hires. 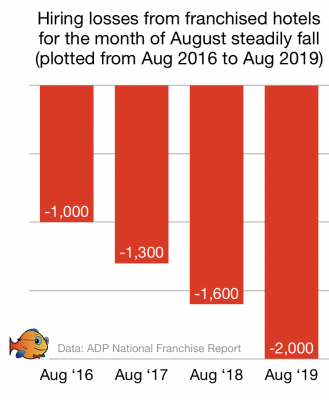 Each of the three sizes of businesses had a balanced contribution to August’s growth. Small businesses, businesses, which have a payroll from one to 49 employees, rose by 66,000 hires. Medium-sized firms of 50 to 499 employees grew by 77,000 and large businesses increased their hires by 52,000, according to the payroll researcher.

“In August we saw a rebound in private-sector employment,” said Ahu Yildirmaz, vice president and co-head of the ADP Research Institute. “This is the first time in the last 12 months that we have seen balanced job growth across small, medium and large-sized companies.”

These jobs figures are derived from ADP’s actual payroll data, which measures the change in total non-farm private employment each month on a seasonally adjusted basis.

In regard to hires from franchised establishments, restaurants accounted for the largest part of the hires in August, up by 16,100 jobs. Convenience stores and other food retailers were next, moderately up by 500 hires.

In contrast, franchised hotels decreased in their August hiring by 2,000 jobs after the extremely busy travel month of July. That is the largest drop in August, a summer month that has had a steady drop in hires for years (see chart). But that seasonal adjustment compared to July is against a backdrop of a hotel industry with an increasingly higher volume of hires during the past few years.

Chief economist Mark Zandi of Moody’s Analytics said, “Businesses are holding firm on their payrolls despite the slowing economy. Hiring has moderated, but layoffs remain low. As long as this continues recession will remain at bay.”